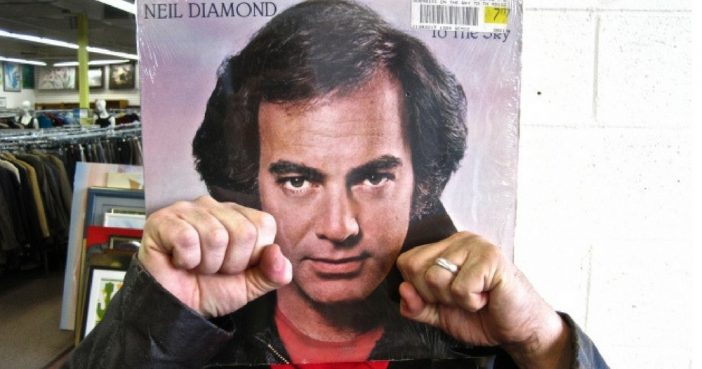 “I Am… I Said” is a song written and recorded by Neil Diamond. The song was released as a single on March 15, 1971, it was persistently successful as it slowly climbed the charts. Then, it rose quickly to number 4 on the U.S. Billboard charts by May of 1971. It took Neil four months to write the song. The song poetically describes how the singer, at the time was lost between two worlds as he explains the tug-of-war between life in L.A. and life in New York; all of the pro’s and con’s. Verses start quietly in a low vocal range, he sings half the time. There is a soft rock guitar and light strings backing the track as his gentle voice coos. By the time the chorus makes its climax, the vocals are much louder and up a few octaves, a horn section rings its way in, and the production on the drums  get heavier.  The singer even more uncertain: this song came from a time he spent in therapy in Los Angeles.

L.A.’s fine, the sun shines most the time
And the feeling is “lay back”
Palm trees grow and rents are low
But you know I keep thinkin’ about
Making my way back

Well I’m New York City born and raised
But nowadays,
I’m lost between two shores
L.A.’s fine, but it ain’t home
New York’s home,
But it ain’t mine no more

“It was consciously an attempt on my part to express what my dreams were about, what my aspirations were about and what I was about. And without any question, it came from my sessions with the analyst,” says Neil.

Another inspiration Diamond had for the song was the result of Neil’s unsuccessful tryout for a movie about the life and death of the late comic, Lenny Bruce.  According to an interview with Neil Diamond and journalist David Wild, the efforts Neil put in, in order to channel Lenny Bruce evoked such intense feelings that it led him to spend some time in a clinic.

Previous article: This Man Is Handed A Remote Control And Gets The Biggest Birthday Surprise!
Next Post: These Unique, Celebrity Collections Are Unimaginable