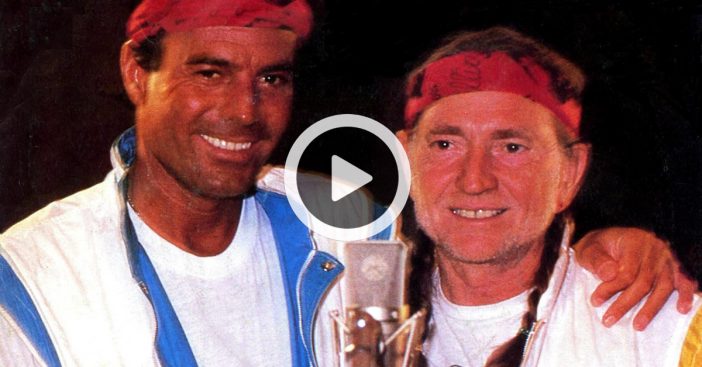 “To All the Girls I’ve Loved Before” was originally written by Hal David (the words) and Albert Hammond (the music). It was originally recorded by Albert Hammond in 1975 as one of the songs on his hit record, 99 Miles From L.A., however it is more popular for a tribute made to the song in 1984 by Willie Nelson and Julio Iglesias, which was recorded and placed on Iglesias’s 1984 love song album 1100 Bel Air Place. It was a total leap for Iglesias’ career.  In the English language market, the song topped at #5 on the Billboard Hot 100 and was also placed #1 on the Canadian RPM Top Singles. “To All the Girls I’ve Loved Before” instantly jumped to number one on the country charts,  and it was in fact one of two entries on the country chart for Julio Iglesias and Willie Nelson as the duo. It was Iglesias’ most well known song in the U.S. and Canada, and meanwhile, Nelson’s biggest hit in Europe! Talk about a culture shock. This being said, the song would obviously become Iglesias’s most popular English-language song. Thanks to this famous country cover, 1100 Bel Air Place became Iglesias’ world-wide best selling album. In 1984, Nelson and Iglesias were also labeled  “Duo of the year” by the Country Music Association and the song itself was pronounced the single of the year by the Academy of Country Music.