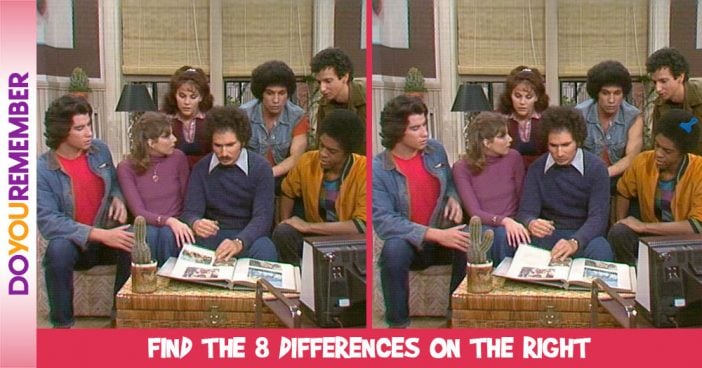 American television sitcom starring Gabe Kaplan as a wisecracking, high school teacher in charge of a racially and ethnically diverse remedial class called the “Sweathogs”. It marked John Travolta’s television debut role. Recorded in front of a live studio audience, it originally aired on the ABC television network from September 9, 1975, to May 17, 1979.

The show stars stand-up comedian and actor Gabriel ‘Gabe’ Kaplan as the title character, Gabe Kotter, a wisecracking teacher who returns to his alma mater, James Buchanan High School in Brooklyn, New York, to teach a remedial class of loafers, called “Sweathogs”. Befitting its low ranking, Kotter’s class is held in Room 111. The school’s principal is referenced, but rarely seen on-screen. The rigid vice principal, Michael Woodman (John Sylvester White), dismisses the Sweathogs as witless hoodlums, and only expects Kotter to contain them until they drop out or are otherwise banished. As a former remedial student, and a founding member of the original class of Sweathogs, Kotter befriends the current Sweathogs and stimulates their potential. A pupil-teacher rapport is formed, and the students often visit Kotter’s Bensonhurst apartment, sometimes via the fire-escape window, much to the chagrin of his wife, Julie (Marcia Strassman).

The fictional James Buchanan High is based on the Brooklyn high school that Kaplan attended in real life, New Utrecht High School, which is also shown in the opening credits. Many of the show’s characters were also based on people Kaplan knew during his teen years as a remedial student, several of whom were described in one of Kaplan’s stand-up comic routines entitled “Holes and Mellow Rolls”. “Vinnie Barbarino” was inspired by Eddie Lecarri and Ray Barbarino; “Freddie ‘Boom Boom’ Washington” was inspired by Freddie “Furdy” Peyton; “Juan Epstein” was partially inspired by Epstein “The Animal”; finally, “Arnold Horseshit” was changed to “Arnold Horshack” for network television.

2. The Cactus has 2 New Branches

3. Julie has an Extra Finger

4. There is a Picture Missing from the Photo Album

6. Epstein is Missing a Sleeve

7. There is Now a Hair Pick in Freddie’s Hair

8. The Antenna on the Back of TV is Missing