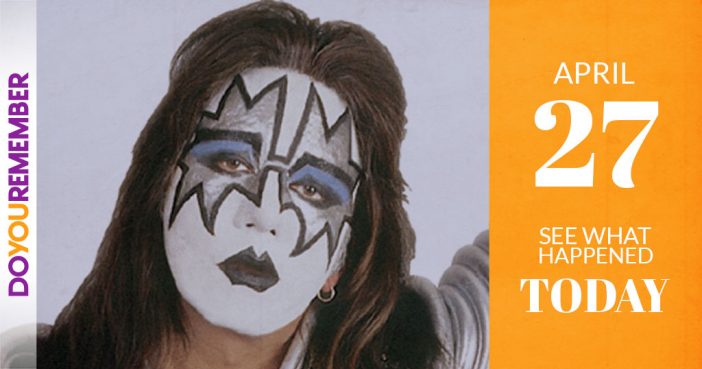 This is what April 27 looks like over the years. Some birthdays include Sheena Easton, Casey Kasem, and The Odd Couple’s Jack Klugman! Not to mention some amazing performances in music history!

A BIG HAPPY BIRTHDAY TO SHEENA EASTON! Here is my all-time video of her with Kenny Rogers. RIP Kenny, we miss you!

Please let us know if there are any changes, adjustments, updates or things we need removed. We appreciate your assisting us to keep this calendar as concise and up to date as possible.

RELATED: 13 Famous People Who Mysteriously Disappeared (And Have Never Been Found)