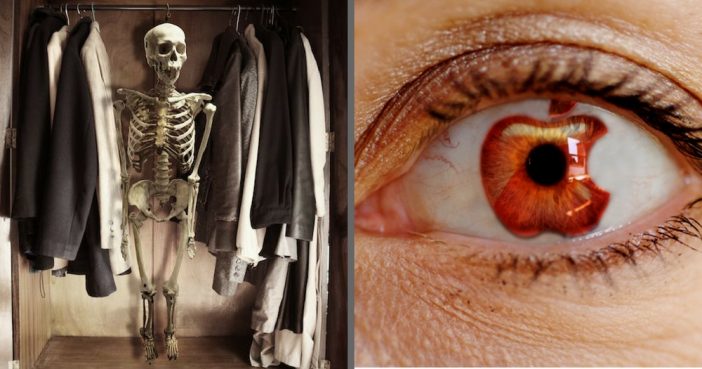 Have you ever thought about some of the common expressions, slang, and cliches we use on a daily basis and ask yourself where these unusual idioms originated from? Well, have. So, I decided to finally “go the whole 9 yards” to find out and I am “pleased as punch” that I did.

1. Don’t Throw the Baby Out with the Bathwater

During the 1500s, most people bathed once a year. Even when they did bathe, the entire family used the same tubful of water. The man of the house bathed first, followed by other males, then females, and finally the babies. You can imagine how thick and cloudy the water became by that time, so the infants’ mothers had to take care not to throw them out with the bathwater when they

This phrase originates from when apprentices were expected to hold the candle up, so their more experienced colleagues could see what they were doing. The phrase first appeared in print in Sir Edward Dering’s The fower cardinal-vertues of a Carmelite fryar, in 1641.

Even though dogs appear to physically (and mentally) deal with sickness way better than humans this idiom refers to someone who’s very sick. The origin of the phrase comes from the early 1700s when it was common to call someone who was undesirable and ill-looking “a dirty dog.”

4. A bird in the hand is worth two in the bush

This medieval proverb comes from the sport of falconry, where the ‘bird in the hand’ (the preying Falcon) was worth more than ‘two in the bush’ – the prey.

We use this idiom to describe a very easy decision we make for anything that requires minimal brain activity to accomplish. This phrase has been widely used only for the past five or six decades and one of the earliest sources we have for it comes from an issue of the Lethbridge Herald of 1968, in which the following was stated about an ice hockey coach: “He’d break in on a goalie and the netminder would make one of those saves that our manager-coach, Sid Abel, calls ‘a no-brainer.’ ”

7. A sight for sore eyes

Jonathan Swift, the author of Gulliver’s Travels, first used this phrase in A complete collection of genteel and ingenious conversation, 1738, with the line “The Sight of you is good for sore Eyes.”

This term for ‘a short distance’ is a variation of ‘a stone’s cast’, first used in early editions of the Bible, but it fell out of use. Writer John Arbuthnot revived it in The History of John Bull, in 1712.

This sweet saying came from the Roman poet Sextus Propertius’ Elegies:”Always toward absent lovers love’s tide stronger flows.” In 1832, the modern variant of the phrase was coined by a ‘Miss Strickland’ in The Pocket Magazine of Classic and Polite Literature.

We often hear this idiom during intense conversations and especially when someone gets right to the precise point or says something that is verified as correct. However, no one can be sure about its exact origin but what we know for a fact is that this phrase is really old.

It appears for the first time in recorded history in 1438 in The Book of Margery Kempe, even though many scholars believe that the idiom in Kempe’s book isn’t entirely clear and probably has a different meaning from its modern use.