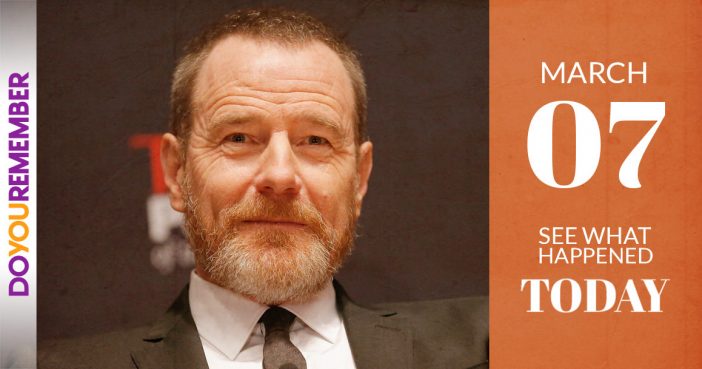 – Check out the clips in the links below –

1960 –  Percy Faith remained perched at the top for a third week with the great instrumental “Theme From ‘A Summer Place'”.

1964 –  Those lucky enough to be alive were seeing history unfold before their eyes.  The Beatles, who had launched their American careers on The Ed Sullivan Show just weeks before, now had the #1 song in the land for the sixth straight week with “I Want To Hold Your Hand”.  And that was how it all began.  Reinforcements came in the form of “She Loves You” at #2 and “Please Please Me” at #4 and soon, it was a full-scale invasion.

1964 –  Meet the Beatles, the second U.S. album from the group, was #1 for a fourth week with their first one, Introducing…the Beatles, in the #2 position.

1967 –  The Beatles recorded overdubs for “Lovely Rita” including harmony vocals and effects.

1970 –  Sly & the Family Stone spent a fifth week atop the R&B chart with “Thank You (Falettinme Be Mice Elf Agin).

1970 –  The great album Bridge Over Troubled Water by Simon & Garfunkel moved to #1 after just four weeks, toppling Led Zeppelin II.  Former #1 Abbey Road by the Beatles was still a strong third after 21 weeks.

1970 – Simon & Garfunkel’s new single “Bridge Over Troubled Water” had been out for five weeks and two of those were at 1.

1988 –  Gloria Estefan and the Miami Sound Machine released the single “Anything For You”.

1992 –  “Missing You Now” by Michael Bolton and Kenny G. moved to #1 on the Adult Contemporary chart.

1933 – The board game Monopoly was invented.

1955 – “Peter Pan” was presented as a television special for the first time.

1956 – The Disneyland television series airs the episode “On Vacation,” in which Jimminy Cricket takes a look at the friendship of Mickey Mouse, Goofy, and Donald Duck.

1935 – In the north of Spain, the third of the European Disney weeklies, Mickey – Revista Infantil Ilustrada (which means Mickey – Illustrated Child Magazine) is published by Editorial Molino.

1946 – The 1945 Academy Awards are held at Grauman’s Chinese Theatre with hosts Bob Hope and James Stewart. Walt Disney Studio Sound Department (nominated for The Three Caballeros) loses to RKO’s The Bell’s of Saint Mary in the Sound Recording category. The Disney team of Edward Plumb, Paul J. Smith and Charles Wolcott – nominated for the music in The Three Caballeros, are edged out by Georgie Stoll for his score for Anchors Aweigh. Although nominated for Short Subjects, Cartoon – Disney’s Donald’s Crime is beat outby MGM’s Quiet Please.

1955 – The 7th Emmy Awards are presented at the Moulin Rouge Nightclub in Hollywood, California. Hosted by Steve Allen and broadcast on NBC, it is the first Emmy Awards ceremony to ever be televised nationally. An Emmy for Best Individual Program of the Year, goes to  the Disneyland television episode “Operation Undersea.” A second Emmy for Best Television Film Editing goes to  Lynn Harrison and Grant K. Smith for their work on the Disneyland episode “Operation Undersea.” Producer Walt Disney’s Disneyland series picks up a third Emmy for Best Variety Series Including, Musical Variety.

1956 – Kay Starr (“Rock And Roll Waltz”) suffered a serious car accident after running a stop sign in Corona, California.  She was hospitalized with neck, arm and leg injuries.

1976 – A likeness of Elton John was unveiled at Madame Tussaud’s Wax Museum in London.

1986 – Randy Travis makes his debut on the Grand Ole Opry. After an introduction from Little Jimmy Dickens, he performs “I’m So Lonesome I Could Cry”

1987 – Mike Tyson became the youngest heavyweight titleholder when he beat James Smith in a decision during a 12-round fight in Las Vegas, NV.

1997 – Disneyland’s Pirates of the Caribbean reopens after being renovated.