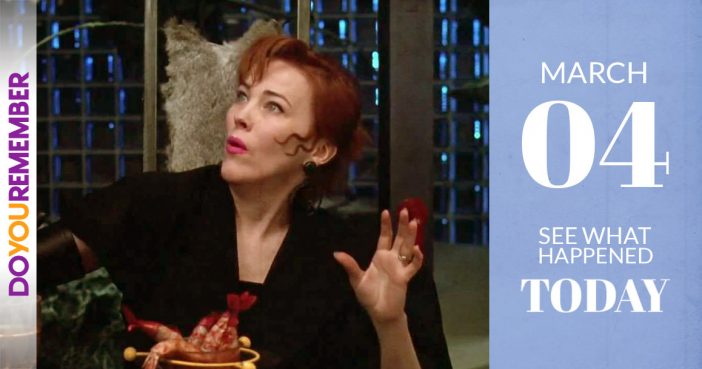 -Check out clips in the links below –

1959 – Peter Gunn by Henry Mancini won Album of the Year at the first Grammy Awards.  “Volare” by Domenico Modugno took Record of the Year honors.

1967 – It was Monkees Mania as the group had dominated the Album chart for 17 weeks, 13 with their self-titled debut and now four with More of the Monkees.

1972 – We loved the new sound of Don McLean; his American Pie topped the Album chart for the seventh week.

1972 -“Without You” by Nilsson led the way for the fourth week on the Adult chart.

1974 – Marvin Hamlisch released the single from the all-time classic movie The Sting–“The Entertainer”.

1977 – The Rolling Stones recorded the album Love You Live on March 4 and 5 in two unannounced dates at the El Mocambo Tavern in Toronto, Ontario, Canada.

1978 – For a fifth week, “(What A) Wonderful World” by Art Garfunkel, James Taylor and Paul Simon was the #1 Adult song.

1978 – Waylon Jennings & Willie Nelson park themselves at #1 in Billboard, where they stay for four weeks, with “Mammas, Don’t Let Your Babies Grow Up To Be Cowboys”

1978 – Andy Gibb and the Bee Gees swapped places with “(Love Is) Thicker Than Water” taking over for “Stayin’ Alive” at #1, the only time in the Rock Era that one brother has taken over at #1 from another.

1986 – Howard Greenfield, songwriter who teamed with Neil Sedaka to write “Breaking Up Is Hard To Do” and “Calendar Girl”, wrote “Crying In The Rain” with Carole King, and also composed the theme to the popular television show Bewitched, died of complications from AIDS in Los Angeles at age 49.

1989 – “The Living Years” by Mike + the Mechanics was the #1 Adult Contemporary song for the third consecutive week.

1989 – Eighteen year-old Debbie Gibson moved into the top spot overall with “Lost In Your Eyes”.  Sheena Easton was next with “The Lover In Me”, former #1 “Straight Up” finally relinquished its spot after three weeks and Mike & the Mechanics moved from 9 to 4 with “The Living Years”.

1964 – The Rolling Stones performed the Buddy Holly song “Not Fade Away” on Top of the Pops on BBC-TV.

1977 – Man from Atlantis airs its first episode on NBC

1995 – 40 Years of Adventure, a one-hour syndicated television special commemorating  the 40th Anniversary of Disneyland and the opening of the Indiana Jones Adventure attraction, airs

1937 – Disney’s short The Country Cousin wins an Oscar (Short Subjects, Cartoon) at the 9th Annual Academy Awards (held at the Biltmore Hotel in Los Angeles). Released in October 1936, The Country Cousin tells the story of a country mouse who moves to the big city to live with his cousin mouse.

1955 – Walt Disney, along with cartoons of Minnie Mouse and Donald Duck, grace the cover of this week’s issue of TV-Radio Life (a regional magazine featuring news about television stars & programs, and local TV listings).

1959 – The very first Grammy Awards are held in New York City, and the winners, to no one’s surprise, have nothing to do with rock and roll, or, sometimes, even the categories they were nominated in: for some reason, the Champs’ “Tequila” wins Best R&B Song, but Record of the Year goes to “Volare” by Domenico Modugno, while Henry Mancini’s Peter Gunn soundtrack LP wins Album of the Year.

1968 – Eddie Kendricks and Otis Williams of the Temptations were involved in a serious car crash that sent both to a hospital in Somerset, Pennsylvania.

1979 – Randy Jackson of the Jackson Five broke both legs in a car accident, then almost died in the hospital emergency room when a nurse inadvertently injected him with methadone.

1993 – Patti Labelle was awarded a star on the Hollywood Walk of Fame.

Previous article: Guess Which Rugged Mans Man This Tyke Grew Up To Be?
Next Post: Can You Guess Which Heartthrob This Young Man Is?