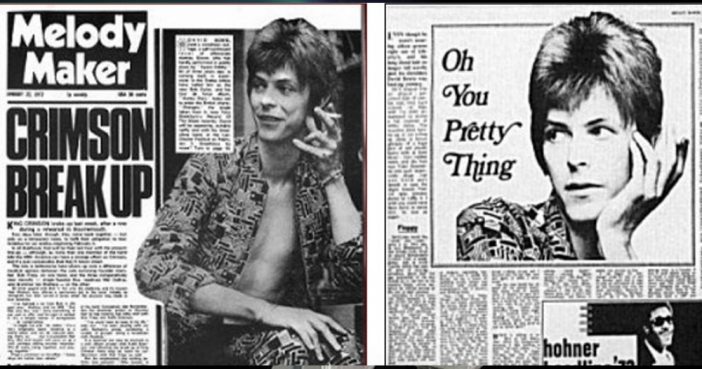 David Bowie came out as gay in an interview with Melody Maker magazine in 1972, and it was the closet door heard ’round the world.

During a wide-ranging and somewhat grandiloquent audience with the assembled journalists, Bowie declared: ‘People like Lou and I are probably predicting the end of an era … I mean that catastrophically. Any society that allows people like Lou and me to become rampant is pretty well lost. We’re both pretty mixed-up, paranoid people, absolute walking messes. If we’re the spearhead of anything, we’re not necessarily the spearhead of anything good.’ What a strange thing to announce – Click >>HERE<< to read more.