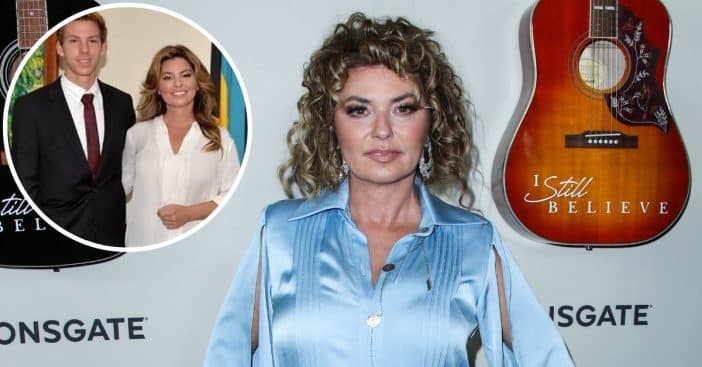 Eja Lange is Shania Twain’s only son with ex-husband, Robert John Lange. In 2010, the couple divorced and this left young Eja to be a source of support for his mother in her difficult time. Mother and son have since become inseparable.

The Canadian singer kept Eja away from the spotlight and paparazzi of the music world, so little is known about him except occasional Instagram posts wishing him well on his birthdays. Recently, she spoke about how her introverted son may follow her steps in pursuing a career in music.

Everything To Know About Eja Lange, Shania Twain’s Only Son

Eja was born on August 21, 2001, in Ontario, Canada. The child was a gift as he was birthed eight years after Shania and Robert’s marriage. Unfortunately, he experienced the awful separation of his parents at a very young age. In an interview with Entertainment Tonight, Shania Twain sang praises of her son for staying strong despite having a rough childhood. “[Eja is] the light at the end of the tunnel,” she revealed. “My son was the beauty out of it all.”

Eja was successfully hidden from the spotlight his parents lived in so he could live in freedom and make his own choices. In an interview with PEOPLE, Shania revealed her hopes to raise Eja to become a responsible man. “I would like him to be well-rounded, humble, and honest, without having to be deprived to develop that character,” Shania said. “When you don’t come from struggle, gaining appreciation is a quality that’s difficult to come by. So we go out of our way to try to keep him appreciative. We don’t keep him in a bubble.”

With a talented singer like his mother and a father who is a music producer, it is not shocking that Eja would follow his parents’ career path. In an interview with Like Nashville, Shania talks about Eja’s love for music and how he is making effort to progress his career. “That’s his passion. He’s a writer and producer,” Shania detailed. “He’s been making music for a few years now. He’s very devoted and a real hard worker. He’s got a crazy passion for making music, and it’s really fun to watch.”

However, the 21-year-old does not want to live in the shadows of his parents, but wants to create a name for himself. This has led him to explore different genres to find his voice. “He listens to EDM,” Shania told Closer. “So that’s where he is as a fan, but he listens to all kinds of music. He likes a wide variety of stuff. Hans Zimmer is one of his biggest heroes.”

Unlike his mom, the introverted nature of Eja makes him more of a composer than a stage performer. “He’s not taking interest in being a performer, so I’m relieved about that if I was being really honest,” Shania revealed. “I think he’ll enjoy music more just being the creator of the music. It’s just really taxing being a performer, being the person out in front unless that’s what he really wants. He just has a quiet confidence about him.”

Although they have different tastes in music, the mother and son may one day bless their fans with a song. Who knows, the merge of the different tunes may be the beauty of the sound. “I use the guitar, he uses synthesizers. You never know, maybe someday we’ll come up with something great.”