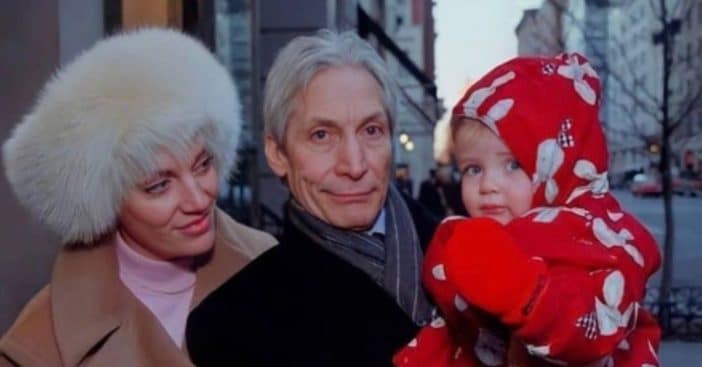 Seraphina Watts is the only daughter of entrepreneur Shirley Ann Shepherd and late iconic Rolling Stones drummer Charlie Watts, who passed away on August 24, 2021.

She was one of the celebrity kids of the ’60s although her father ensured to keep her out of the spotlight due to his love for privacy. The 54-year-old was so close with her father that she learned how to play the drums from him at a young age.

What led to the death of Charlie Watts

Although no cause of death was given as the cause of Charlie’s death, an official statement by the drummer’s publicist read that, he “passed away peacefully in a London hospital … surrounded by his family. Charlie was a cherished husband, father and grandfather and also as a member of The Rolling Stones, one of the greatest drummers of his generation.”

Earlier in 2021, the late drummer had an emergency heart operation that stopped him from participating in the  Rolling Stones‘  “No Filter” tour. A spokesperson explained to Variety that, “Charlie has had a procedure which was completely successful … he now needs proper rest and recuperation.”

The life of Seraphina Watts

Seraphina Watts was born on March 18, 1968, in the United Kingdom. She enrolled at a local primary school in her neighborhood for her basic education. She got married to her first husband, Nick, and it is believed that both of them are the parents of Charlotte, her only child.

Due to unknown reasons, the union did not last and the couple chose to divorce to pursue their own goals. Ultimate Classic Rock revealed in 2017 that Watts found love again and married Barry Catmur, the couple living in their $1.5 million home in Rhode Island.

Charlotte was born in 1997 and she is the only grandchild of the famous drummer. The now 25-year-old decided to step into the spotlight by becoming a model. Charlotte made her debut with HFM and has since collaborated with popular designers like Topshop, Christopher Kane, and Rag & Bone.

In a 2015 interview, she revealed that she had a cordial relationship with her renowned grandfather. “We’re really proud of Pa,” Charlotte said. “He’s just so humble about it [fame]. He’s not all over the place, he’s just so d**n cool.”

Click for next Article
Previous article: Which Christmas Movie Was The Biggest Money Maker?
Next Post: Why ‘Gunsmoke’s’ Dennis Weaver Hated Gift-Giving During Christmas