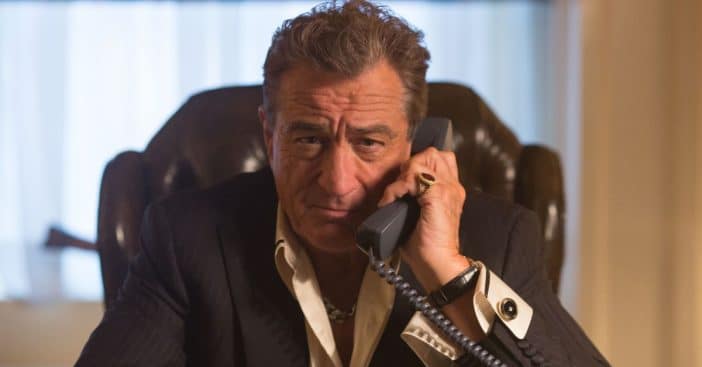 Robert De Niro‘s rented New York City townhouse was broken into recently. A woman named Shanice Aviles was caught in the act and faces charges due to a history of “numerous burglary arrests.” She was accused of trying to get into several properties before getting into Robert’s East 65th Street townhouse.

She broke into the townhouse through a basement entrance and was spotted descending the exterior stairs into the home. Police caught her quickly but reportedly Robert and his daughter were home at the time of the arrest.

In addition, she was caught trying to use Robert’s iPad and “stealing Christmas presents.” Robert and his daughter apparently did not know that she was in the home at the time. Robert’s rep Stan Rosenfield said, “We are not making any statement at this time about the robbery at the temporary rental home of Robert De Niro.”

While leaving his home a few hours after the incident, Robert was seen talking with reporters and he told them he was good. When asked about the crime, he simply said, “You can read about it in the paper.”

Glad to hear that Robert and his daughter are doing well after the scary incident!

Click for next Article
Previous article: Catherine Zeta-Jones Says Michael Douglas Is “Just Fine” With Her Love For Younger Man
Next Post: Paul McCartney’s Daughter Opens Up About Creating Documentary With Her Dad