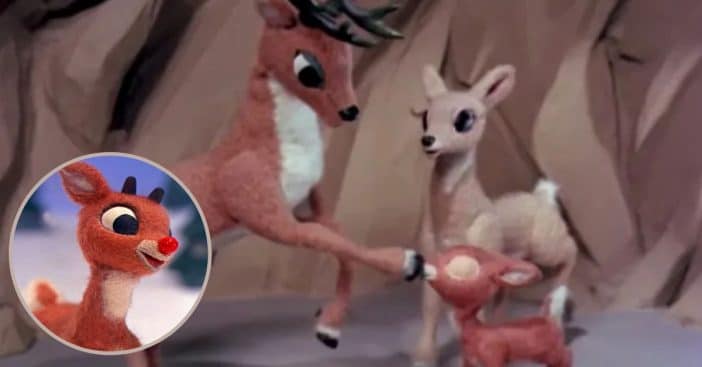 As part of the efforts to make the Christmas season a pleasurable one, the holiday classic Rudolph the Red-Nosed Reindeer aired again on Nov. 27. The TV special, which had its first broadcast in 1964, has been a family delight all through the years until it recently started receiving knocks from viewers who believe that the movie should be canceled because it promotes bullying.

Huffington Post shared a video on Twitter in 2018 that analyzed the movie and detailed the controversies surrounding the classics. The tweet, which has since gone viral with over 5.6 million views, became the center of argument among netizens.

The reel, which was captioned, “The holiday TV classic ‘Rudolph the Red-Nosed Reindeer’ is seriously problematic,” highlighted two major biases against the movie. The news outlet explained that little Rudolph was bullied for his red nose while his father made a poor judgment call by verbally abusing him.

“There are more important things than comfort: self-respect,” the father responded when Rudolph questioned him on the reason why he has to cover his shiny nose.

RELATED: Santa Was A Bully & 4 Other Messed Up Things In ‘Rudolph The Red-Nosed Reindeer’

The video also pointed out the role played by the character Santa in the movie (who is presumably supposed to be the loving character) in ostracizing Rudolph. This is evident in how he supports and encourages the other reindeer not to allow the red-nosed reindeer to play with them.

People air their support for ‘Rudolph the Red-nosed Reindeer’

The video sparked many arguments on Twitter, with the majority throwing their weight behind the film and wondering how some people could view the story as problematic. “Modern day society can suck it. Take your “offended by everything” agenda and shove it right up your offended ass,” an angry user commented. “The rest of us will continue to enjoy this #classic Christmas cartoon which is Rudolph the Red Nosed Reindeer.”

Interestingly, the hosts of The View were also drawn into the debate on an episode of the show. “People accused Santa of being a bully. Don’t they know the song?” Whoopi Goldberg explained before she read out the lyrics of the song. “Where is the problem? He’s a kid that nobody believed in, and suddenly they realized he is special, he is who he is for a reason. And he becomes the hero. Where’s the problem?”

Also, Corine Conley, who voiced Dolly, one of the characters in the Christmas tale, defended the movie in an interview with TMZ in 2018, stating that the bullying scenes were meant to teach a moral lesson.

“I would say that it’s more relevant now than ever, because there is so much going on. But I mean, it’s all reconciled in Rudolph, and surely people wouldn’t love it so much if it left a resonance of bullying,” she disclosed. “It wouldn’t be so indelible in people’s hearts. I’ve got to tell you, having been in it and having a list of credits over the last 60 years, people read my credits and say, ‘Oh, you were in Rudolph.’ And they start to cry. Now, I don’t think they are associating Rudolph The Red-Nosed Reindeer and bullying.”

Despite the controversial news and hard criticism making rounds these past years, the holiday special still maintained its ratings.

According to a  recent poll last month by The Hollywood Reporter, which surveyed 2,200 adults from November 15th to the 18th, the result showed that 83% of respondents had a favorable response to the film, thus voting it the best Christmas movie.

Click for next Article
Previous article: Get The Full 25 Days Of Christmas Movies Schedule Here
Next Post: Brendan Fraser’s Autistic Son Helped Shape His Performance In ‘The Whale’