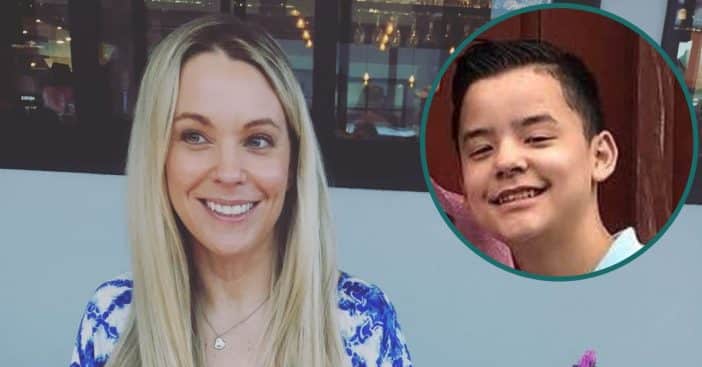 The former Jon and Kate Plus 8 star, Collin Gosselin, recently talked about his time on the show and his strained relationship with his mother, Kate, during an interview with Entertainment Tonight. Collin, who is one of the sextuplets that starred along with his seven siblings on the reality TV series, shares how fame brought silence between mom and son.

“I want to believe it was because of TV and what being in the public eye does to a family,” Collin revealed. “I think it tore us apart. It gave us less time to actually be together as a family, more time to be in the public eye.”

After the divorce, Kate enrolled Collin in a program away from home to help him deal with his issues. “Collin has special needs. There’s a fairly fluid diagnosis of what those needs are, but he needs to learn certain strategies to help him deal with things,” she told People in 2016. “This has been a struggle we’ve had for a very long time, and it’s one I’ve dealt with on my own.”

Collin talks about his childhood

The child star noted that despite all his troubles and travails growing up, he learned a lot of lessons and drew strength from the situation. “[Childhood] was worse than what you would say the average teenage kid goes through with their parent,” he claimed. “I came to the conclusion that everybody has their own agenda, you know?”

“My mom had her own agenda, and I don’t know exactly what that was. But I was put in a tough spot and my agenda was to make it out on top of that tough spot,” Collin explained. “It’s unfortunate that we didn’t have a relationship. I think every son wants to have a relationship with their mom. But I’m doing very well.”

Collin looks forward to bond with his mother again

The 18-year-old encouraged people to keep spreading love and be supportive. “My one message to everybody, to the world, in general, is just be kind to people,” he said. “It’s really not that hard, you know? Be kind, talk to people, hear other people’s stories, just spread kindness.”

Also, during the interview, Collin revealed his willingness to work out things better with his mother. He was asked whether he would still love to have a relationship with his mother, and he replied in the affirmative, “Yes, it would be ideal.”

Click for next Article
Previous article: New ‘That ’90s Show’ Trailer Features The Forman Parents & Some New Faces
Next Post: Get The First Look At The Cast Of The Live ‘Beauty And The Beast’ Special