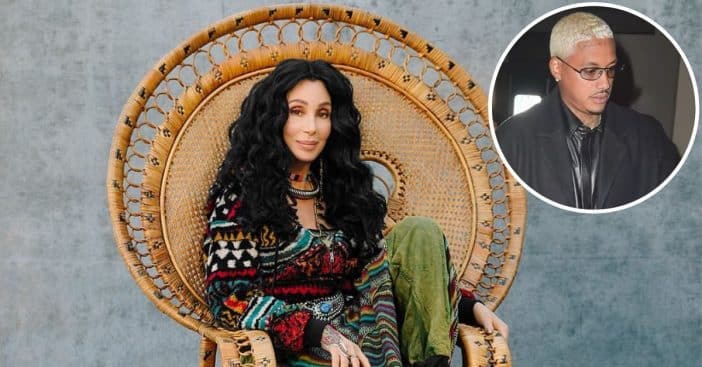 Despite the controversy about their relationship, the two lovebirds, Cher and Alexander Edwards, have been public and quite unfazed by their relationship. Cher, who is 40 years older than Alex, recently showed off her young boyfriend wearing only underwear on Twitter with the caption, “A.E. hanging out.”

According to Cher, she and Alex met during Paris Fashion Week, when she walked the runway at the Balmain show. They were first spotted together in Los Angeles during a night out, after which many people started talking about their age gap, and Cher tweeted on Thanksgiving that their relationship “looks strange” but love “doesn’t know math.”

Curious fans wanted to know what Cher admires about her beau, and she did not hesitate to gush about him. “He’s Kind, smart, hilarious and we kiss like teenagers,” she responded to a comment. Also, Cher made her stance and made it known that she didn’t welcome negative comments about her relationship. “I’m not defending us. Haters are gonna hate,” she tweeted. “Doesn’t matter that we’re happy and not bothering anyone.”

RELATED: Cher Seen Hand-In-Hand With Music Exec Half Her Age

A fan wrote that Alex was “so handsome,” and they could “definitely can see why” Cher loves him, and the 78-year-old singer couldn’t resist the urge to praise Alex. “I don’t give men qualities they don’t possess. its a recipe 4 disaster. He’s ‘not’ his tats, hair color, diamond grill. i (love) him because he wasn’t afraid,” she replied. “He’s kind, hilarious, smart, talented, beautiful. We talk and laugh. We are perfectly matched. do i wish i was younger, yah, i’m not boo fkn hoo”

Cher and Alex’s past relationships

The couple each had past relationships in the public eye, especially Alex’s, whose past bond was controversial. The music executive previously dated model Amber Rose for three years, and they both share a child.

On the other hand, Cher has had a myriad of high-profile relationships and marriages, pretty much all in the spotlight. She was previously married to Sonny Bono, who she met when she was 16; and rocker Greg Allman from the Allman Brothers band. She also dated Val Kilmer and Tom Cruise; however, there is one ex the Burlesque actress had a memorable time with, as she admitted her love for him in an essay released last year.

“He’s like nobody I’ve ever known,” Cher wrote about Kilmer in People magazine. “He is exasperating and hysterical. Thrilling and funny, and doesn’t do what anyone else does. I don’t know how we stayed friends, we just did. We didn’t try. We just were.”