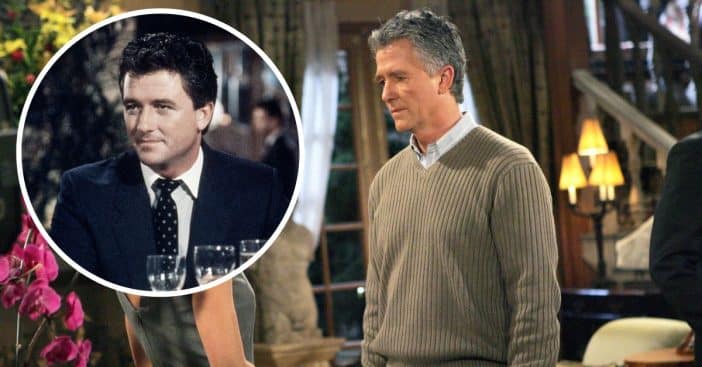 Patrick Duffy recently returned to the soap opera The Bold and the Beautiful to reprise his role as Stephen Logan. To tease the upcoming episodes, he compared them to one of his most popular shows, Dallas. Patrick starred in Dallas as Bobby Ewing for years.

The 73-year-old explained, “It’s what we would have done as the season-ender. This is like the Oil Baron’s Ball fight, where everybody [destroys] the room, or everyone ending up in the swimming pool at Southfork. It’s a real clash of titans.”

Even more exciting, Patrick got to act alongside his real-life girlfriend, actress Linda Purl. Linda is playing his character’s love interest during his two-episode arc. The first episode aired on Wednesday and the final episode will premiere on Friday, Nov. 28.

RELATED: Inside The “Victorian” Courtship Of Patrick Duffy And Linda Purl

While there will be a lot of drama surrounding his character, Patrick added that Stephen’s main goal is always being a good father. He shared, “Stephen’s primary goal, no matter what happens, is the welfare of his three daughters. The way I played that scene was ‘I’m here for you and he isn’t. Feel the difference between somebody who really does care for you and this person that’s putting you through this angst once again.'”

Patrick said he felt right at home on the set of the show, especially around his TV daughters. He concluded, “Back in the day, whenever I would walk into makeup, they would just squeal ‘Daddy! Daddy!’ and give me a hug. So I stepped into the makeup room, and it hadn’t changed. Kelly saw me in the mirror and went ‘Daddy!’ And in comes Heather and it’s ‘Daddy’s here!’ And Jennifer comes in… They’re like schoolgirls and it’s so refreshing.”

Click for next Article
Previous article: 10 Disturbing Secrets About How Your Favorite Foods Are Made
Next Post: Mayim Bialik Slams Body Shamers In Emotional TikTok Video