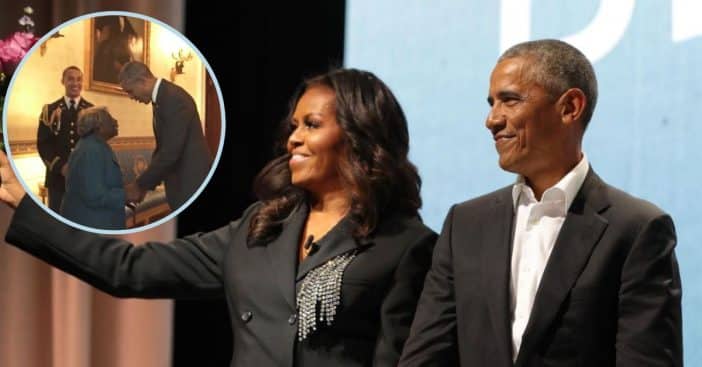 Virginia McLaurin, who gained national attention after her dance video with the Obamas went viral, has died at 113 years old. Her death was announced through a Facebook post, “With heavy hearts, we share that Ms. Virginia McLaurin passed away this morning (11/14/2022). She had been under hospice care for a few days.”

The Centenarian visited the White House for Black History Month at age 106. Although fragile, her excitement and happiness blessed her with a warm welcome from the Obama family. She danced with the President and his wife, and the recorded video gained her fame, donations, and help from people globally.

Virginia’s happy meeting with the Obamas in the White House

Rest in peace, Virginia. We know you’re up there dancing. pic.twitter.com/y31XQ8MdPC

The President feared she might trip as she excitedly made her way to Michelle; he jokingly cautioned, “Slow down now. Don’t go too quick.” Virginia held hands with the First Lady, and the trio went into an unplanned dance as President Obama held her arms.

She was happy about celebrating Black History Month with a colored country head. “I thought I would never live to get into the White House. And I tell you, I am so happy. A Black president. A Black wife! And I’m here to celebrate Black history. Yeah, that’s what I’m here for.”

The video went viral, and Virginia gained recognition for the volunteer work she had spent most of her life doing.

Virginia’s meeting with the Obamas changed her life

Shortly after her White House experience, Virginia gained media attention which she leveraged on to meet the needs of people around her. Born in 1909 without a birth certificate, she could not obtain an ID card replacement.

However, due to her published story, Washington City Officials issued her a temporary card and pronounced new regulations that gave people above 70 years old more access to obtain an ID card. Her friend, Deborah Menkart, who helped her arrange the White House meeting, said, “It changed her life for not only herself but also the clout she had.”

Globally, people also campaigned for a care fund for Virginia to live a better life. Menkart said, “She got a new wig, she got new teeth, she was able to move to a better apartment.”

After her death, Barack and Michelle Obama shared a video of the Centenarian dancing on Twitter with the caption, “Rest in peace, Virginia. We know you’re up there dancing.”