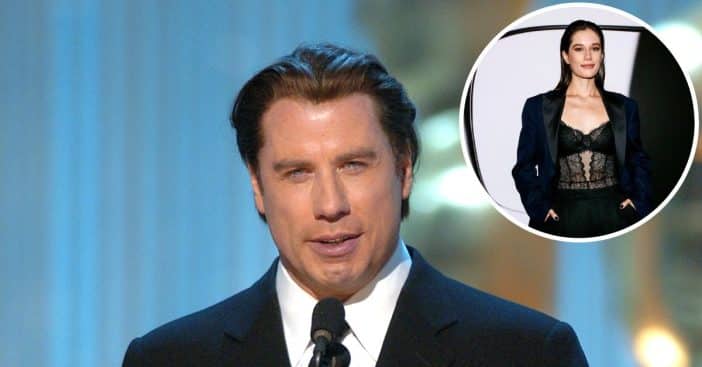 Grease star John Travolta supports his daughter, Ella, in all her endeavors and recently came to Instagram to show his unwavering love for her New York Fashion Week debut. The 22-year-old walked the Karl Lagerfield runway for the Cara Loves Karl capsule collection, and the proud father couldn’t hide his feelings.

Travolta posted a photo of Ella in a black pantsuit and lace bustier with the caption, “So proud of Ella’s debut at fashion week in New York City!” Adorably, this is not the first time the 68-year-old actor showcased his daughter’s achievements. Her notable ones include her debut single and her role in the upcoming movie, Get Lost.

John Travolta is proud of his daughter, Ella

When she was cast as Alice in the film, Travolta announced to his fans, “Here’s my daughter Ella starring in a live-action re-imagining of Alice in Wonderland! Called, ‘Get Lost,'” he wrote. “I’m a very proud dad!” Also, in an interview with PEOPLE he talked about her decision to be an actress. “She is her own person. She is gracious, generous, poised, graceful and gorgeous,” he shared. “I don’t know how she came to be, and I don’t take any credit other than just adoring her. And maybe that’s a valid contribution.”

RELATED: John Travolta Is “So Proud” Of “Level 3 Ninja” Son Ben And His Parkour Skills

The Pulp Fiction star’s daughter seems like she’s going to earn her father’s praises forever due to her numerous talents. Apart from being a model and an actress, she’s a singer who, as noted, released her debut single, “Dizzy,” earlier this year. Before Ella dropped the song, she teased her fans with a video of her and Travolta singing — a clip her father promptly shared with his fans. “I’m so excited for Ella! Her song, ‘Dizzy,’ is out right now!” he captioned, “The link is in my stories!”

He speaks sweetly of her

With any opportunity that presents itself, Travolta makes sure he sings her praises, “And she’s a beauty, isn’t she? She’s so amazing and so unlike what you think a teenager, the cliché of a teenager. She’s different, and it’s authentic,” he told People. “It’s very old school. She reminds me of an older movie star. Another era. So, I’m very proud of her.”