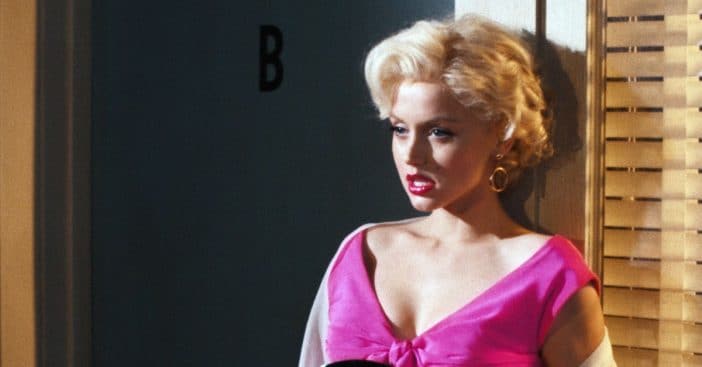 Blonde is officially streaming on Netflix. The filmmaker Andrew Dominik has said that the movie, Netflix’s first NC-17-rated film, will offend everyone and he doesn’t care. So far, it seems that critics are not really impressed with the “cruel portrayal” of the iconic Marilyn Monroe.

The film is based on the Pulitzer Prize-winning novel by Joyce Carol Oates. It follows her rise to fame as Norma Jeane Baker becomes Marilyn Monroe. It aims to bind the real Marilyn with the idea that most people had of her.

Critics aren’t too happy with ‘Blonde’ so far

Marilyn had some incredible highs and traumatizing lows in her life and the movie adds some fictional abuses as well. Blonde doesn’t show much of Marilyn’s acting skills but focuses more on her abuse and what people wanted her to be.

Digital Spy writes, “Most of the film’s bloated running time is dedicated to subjecting Marilyn to an endurance test of abuses: she is nonchalantly raped by a studio head; beaten by DiMaggio; blackmailed by her acting school buddies-slash-lovers Charlie Chaplin Jr and Eddie Robinson Jr; used and discarded like a piece of meat by then-president John F Kennedy; and subjected to not one but two forced abortions.”

Spoiler: the ending shows Marilyn dead. It doesn’t exactly sound like a fun watch but could be interesting for those who love to learn about Marilyn. Critics praise Ana de Armas in the role but say the script holds her back. Have you watched Blonde? Share your thoughts with us.