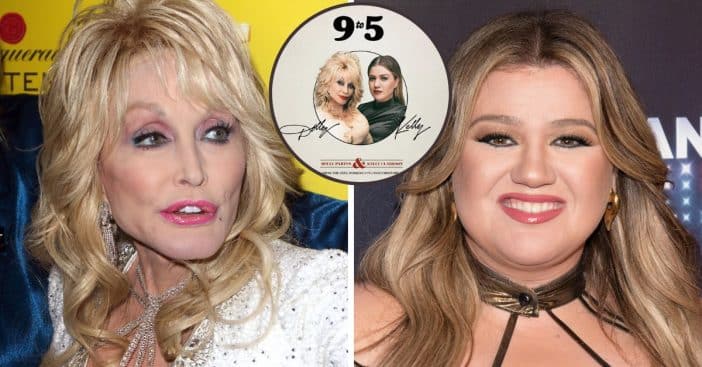 Dolly Parton and Kelly Clarkson recently released a remix of the 1980 hit “9 to 5,” which the press statement calls a reimagination of “the classic song into a melancholic yet inspirational anthem over 40 years after the original’s release as the fight for workplace equality persists.”

Before the reveal, Clarkson took to Instagram to share her excitement about the project; one could feel her elation through the words from her post: “I’m so excited to finally announce the new version of “9 to 5″ I recorded with the legendary [Dolly Parton] is coming out on September 9th!! Thank you [Shane McAnally] for making this dream a reality and putting this project together. 🎶 Pre-save it now!”

The Kelly Clarkson Show host said working with Parton is a dream come true for her, “I am so honored that Dolly asked me to reimagine this iconic song, ‘9 to 5,’ with her!” she revealed, “She is so talented, an inspiration to all women, and one of the sweetest people you will ever meet!”

She further stated her wish for her fans to enjoy the song as much as she did, “I hope y’all like what we did, but even if you don’t, remember I got to sing a duet with the magical Dolly Parton and now have bragging rights til the end of time!”

Parton also talked about her admiration for Clarkson, enthusing, “Nobody sings like Kelly Clarkson. She makes any song come alive. I love her voice on ‘9 to 5,’ and I am so proud I got to sing with her on it. I’m equally as proud of the wonderful arrangement and production by Shane McAnally.”

The pair isn’t the only one who worked on the duet; they teamed up alongside Shane McAnally, Sasha Sloan, and King Henry. McAnally, a music producer, said of the experience, “It is a wildest dream scenario to work with two of the world’s greatest singers on one of the all-time greatest songs. Co-produced and rearranged with my friends Sasha Sloan and King Henry, this classic has taken on a brand new life 40 years after its original chart run, and I am so grateful to be a part of the first time Dolly and Kelly have recorded together. ”

Hinting at another possible collaboration between Dolly Parton and Kelly Clarson, he added, “I have a feeling it won’t be the last.”