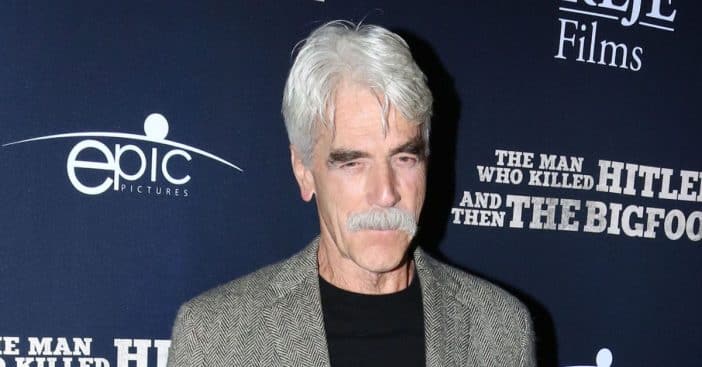 The Road House actor, Sam Elliott, recently clocked 78 years, and admirers and well-wishers are excited about this new phase of his life. The actor has been in the spotlight with a career lasting six decades and still counting in the entertainment industry. In honor of his birthday, fans took to social media to praise him and compliment his good looks, raspy voice, and distinctive silver-colored mustache. Despite being of older age, Elliott’s personality still matches his great appearance, and it is no gainsaying seeing a fan call him the entertainment industry most finest at his age.

“Happy birthday Sam! Yes, he his THE MOST HANDSOME  MAN IN HOLLYWOOD, no matter the age!” the fan commented on Facebook. Also, a Twitter user celebrated the legend with a post and caption that reads, “Happy 78th, Sam Elliot. Still hot as ever; my kind of man.” Another fan said, “Happy 78th to Sam Elliot, like fine wine he gets better with age.”

The Hulk actor had a childhood dream of becoming a movie star but was often discouraged by his father, who died at 54 after a sudden heart attack. Elliott affirmed his ambition in an interview with The Guardian in 2017, “It’s just something I’ve wanted to do since I was a little kid.” Sadly, at the time of his dad’s death, he was just 18, so he never had the chance to prove his number one critic (father) wrong that he could succeed as an actor.

However, In a 2017 interview on Off Camera With Sam Jones, Elliott talked about his father’s influence and what pushed him to excel as an actor, “My dad died thinking I was a total idiot for wanting to be an actor; He said, you’ve got a snowball’s chance in hell of having a f–king career. I never thought about it as trying to, having a need to prove something to him, other than that I wanted him to be proud of me,” Elliott said.

Elliott started featuring in major films during the early 21st century after he had tested the waters with voice parts, such as narrating The Big Lebowski in 1998. Also, he played the character Command Sergeant Major Basil L. Plumley in We Were Soldiers in 2002 and General Thaddeus Ross in 2003’s Hulk.

Interestingly, after a prosperous career in TV and film, he hit the streaming market in 2015 when he joined the cast of Netflix’s The Ranch, an American streaming television drama series. To mark his great feat in the entertainment industry, Elliott bagged the award of Best Supporting Actor in 2018 from the National Board of Review for his performance in an American musical romantic drama film, A Star Is Born. And on January 8, 2019, the star was honored with a hand and footprint ceremony of his own on the Hollywood Walk Of Fame in California.

Click for next Article
Previous article: Julie Andrews’s Monumental Career Gained Her An Equally Vast Net Worth
Next Post: Loyal Watch Dog Lays Down Calmly Next To Drug Gang During Police Raid