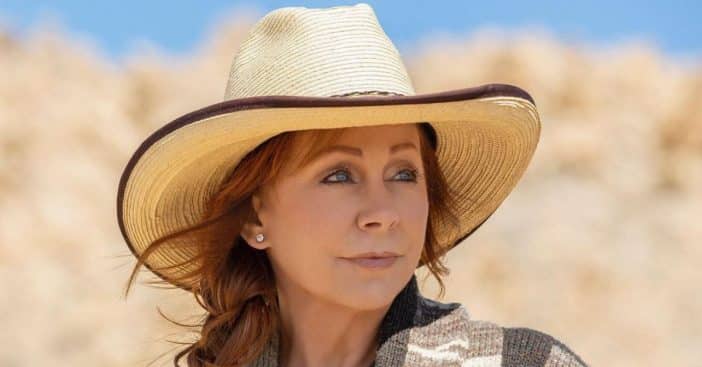 Every good partnership deserves to be replicated, especially in the movie industry, because when actors strike wonderful stage chemistry, there is no telling the heights of success that awaits their production. Reba McEntire and Lifetime was a partnership that enjoyed huge success when they co-produced Reba McEntire’s Christmas in Tune. Hence, it is no surprise that Lifetime has decided to work with McEntire again on her new movie, The Hammer. Another successful partnership that will be replicated in The Hammer is the partnership between McEntire and her Reba series co-star, Melissa Peterman.

Reba and Melissa, many lovers of the six seasons series, Reba, would recall co-starred in the series. McEntire, cast as Reba Hart, was the leading actress in the series, while Peterman was cast as a dental hygienist who famously had an affair with Reba’s husband. This new partnership would see them work as sisters caught in the web of a death investigation on the stage of The Hammer, a movie which, as earlier mentioned, was inspired by the true story of Judge Kim Wheeler. Fans are anticipatory.

The Hammer beams light on Kim Wheeler (Reba McEntire), an outspoken lawyer who was appointed as Judge of the 5th District of Nevada. She is one of the few traveling judges remaining in America. The passing of the incumbent judge, though under suspicious circumstances, led to the appointment of Kim Wheeler, who finds herself presiding over cases in different courts in a zone stretching between Las Vegas and Reno, the latter being an area where anything, damn the consequences, happens.

With gavel in hand, she stands for the law. She passes judgment with no regard for status and other socio-economic characteristics that separate people, and this earned her the nickname “The Hammer.” The heated investigation into the death of the former judge made accusing fingers point in the direction of Kim’s sister, Kris (Peterman), who runs the local brothel. Kris became a prime suspect, and her sister, Kim, must now labor intensely to ensure justice is served, not just any justice but the appropriate one.

Among the stars with which McEntire shares the stage of The Hammer is the 65-year-old Rex Maynard Linn. Linn is a popular American film and television actor who is renowned for playing the role of Frank Tripp in the 2002 mystery series CSI: Miami.

In The Hammer, Rex Linn stars as Bart Crawford, an enigmatic cowboy with surreptitious intentions. The movie is poised to reveal more about his mysterious personality upon release. No exact Premiere date has been announced for Reba McEntire’s The Hammer. Fans can stay tuned for updates.

Many might know Rex Linn and Reba McEntire as popular personalities in the entertainment industry yet be unaware that they are a real-life couple. The duo was said to have first met some 30 years ago. Nevertheless, a romantic relationship between them only began recently. The pair marked their second anniversary some months back in 2022.

Click for next Article
Previous article: Whoopi Goldberg Gets Bored During ‘The View’ And Starts Playing With A Laser Pointer
Next Post: “We Had The Most Wonderful Life”—Paul Sorvino’s Wife Speaks About Their Marriage