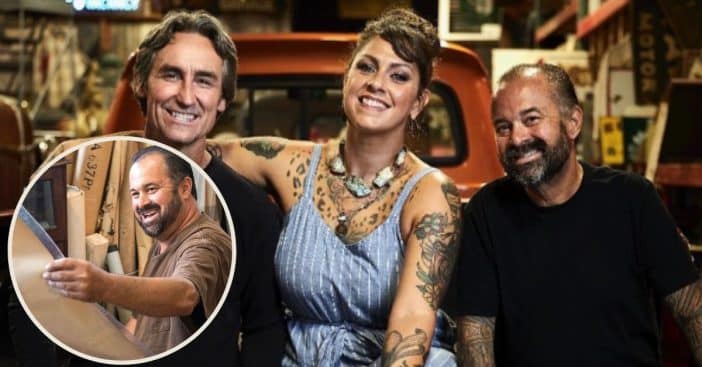 A rep for Mike Wolfe has spoken out about former American Pickers co-star Frank Fritz since he was hospitalized after having a stroke. “We [ask] that everyone keep Frank in their thoughts and prayers,” the representative said to Fox News Digital. “The most important thing is that we allow him time to heal and [give] him the space to do so.”

Wolfe had first confirmed the tragic news via Instagram. “I have been very private in the past year in regards to Franks [sic] life and the journey he’s been on,” Wolfe wrote alongside a photo of Fritz. “There has been lots of opinions in regards to mine and Frank’s friendship and the show but now is not the time to set the record straight. Now is the time to pray for my friend.”

Wolfe continued, “Frank has suffered a stroke and is in the hospital. Please keep him in your hearts and thoughts. Frank I pray more than anything that you make it through this okay. I love you buddy.”

RELATED: The Positive Changes In Frank Fritz’s Life Since Being Fired From ‘American Pickers’

Danielle Colby’s manager also spoke to Fox News Digital following the news. “At this time Danielle will not be commenting to respect the privacy of Frank and his loved ones during his recovery.”

Both Wolfe and Colby are former co-stars of Fritz on the show American Pickers. He has not been part of the show since he was fired following an almost two-year hiatus. Fritz had taken some time to recover following back surgery. Despite this, Wolfe had previously told The Sun that Fritz was more than welcome to return to the show if he wanted.

“We all do care about Frank and we want him back on the show,” Wolfe said at the time. “I would love to talk with him again, we would absolutely love to, but he just can’t get it right.”

Click for next Article
Previous article: Steve Harvey’s Wife Majorie Stuns In Little Black Dress
Next Post: Clint Eastwood ‘Popped’ His Son After He Made An Error At A Party