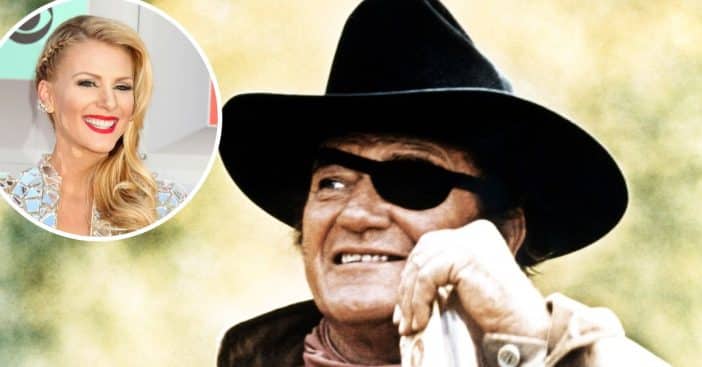 You may not realize that one of John Wayne‘s grandkids is a famous singer. Jennifer Wayne co-founded the trio Runaway June in 2015 and the group has been quite successful in recent years. The 40-year-old started with the trio Stealing Angels, which also included Loretta Lynn’s granddaughter Tayla Lynn.

Sadly, Jennifer was never able to meet her famous grandpa, who died three years before she was born. When she was a kid, she didn’t understand that not everyone’s grandpas were famous and would often ask other kids, “What channel is your grandpa on?”

Jennifer started Runaway June with Hannah Mulholland and Naomi Cooke. Both have since left and been replaced with Natalie Stovall and Stevie Woodward. Their first album was released in 2019 and their hit song is “Buy My Own Drinks,” which earned a CMT Music Awards nod for Breakthrough Video of the Year. The group toured with Carrie Underwood and later Luke Bryan.

Back when Jennifer was a part of Stealing Angels, she appeared with her bandmate Caroline Cutbirth on The Amazing Race 22 in 2013 and The Amazing Race: All-Stars in 2014. They did quite well, finishing fourth place and then second place.

She said about competing on the reality show, “The important thing that I took away from the experience is that people all over the world are good. There are so many good people out there and people genuinely want to help you when you need it. You constantly have to ask people for directions, or water, or for food when you’re starving and when people had nothing to give, they would still give you something. That is the coolest thing I got from it.”