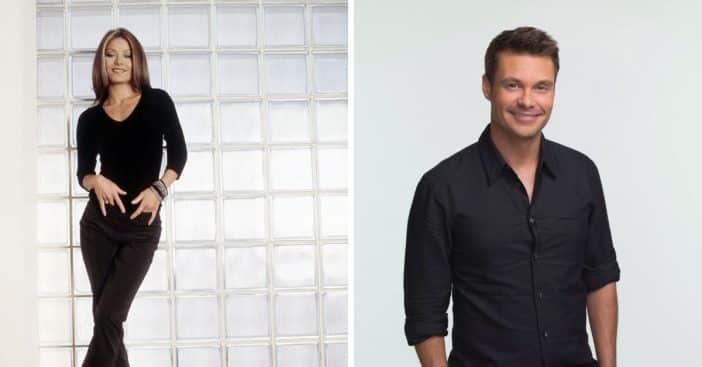 The producers of Live with Kelly and Ryan are under heavy criticism by fans who noticed a mistake on the show. This is not the first time an error has been committed on the show but the fans of Kelly Ripa and Ryan Seacrest were quick to identify this error that had to do with the graphics.

On the July 5th episode of the ABC talk show, Ryan Seacrest and show announcer déjà vu announced to the viewers that the next segment of the show could be featuring actress Vivica A. Fox.

⁦@LiveKellyRyan⁩ I believe it’s Vivica “A” Fox and not “J”! Ain’t that right ⁦@MsVivicaFox⁩ ?!
Sending love to you all! pic.twitter.com/D25yXPbBXi

The error which occurred was that while Ryan and the show announcer got the correct pronunciation of the actress’ name who was also a contestant on The Masked Singer show, the graphics team did not really display the correct name. This visible error was noticed by one of the viewers who saw that Vivica’s name was displayed on the screen with the initial ‘J’ instead of an ‘A’.

A fan with the handle @farhandhalla took to Twitter and wrote, “@LiveKellyRyan I believe it’s Vivica ‘A’ Fox and not ‘J’. Ain’t that right @MsVivicaFoa?! Sending love to you all!”

Kelly Experienced A Wardrobe Malfunction On The Show

It appears that the mistake with the name was not the only hiccup on Live with Kelly and Ryan this week. In the previous episode, co-host Kelly experienced a little wardrobe malfunction while playing an Independence Day game on the Monday, July 4th episode.

The embarrassing moment occurred while the media personality tried to play against co-host Ryan Seacrest in a couple of holiday-themed games. Ryan was comfortably attired in a short-sleeve button-up, jeans, and slip-on sneakers while Kelly was on a maxi dress and high heels which gave her difficulty during a game of Ping Pong Bounce. In her bid not to lose the game, she decided to apply some maneuvering tactics even if it meant her having some wardrobe issues. Although she did not remove her heels, she did bundle up her long dress and pushed it into her undergarments.

Speaking to Ryan, she said, “You know what I gotta do, I gotta tuck my [dress] up into my underpants. Because I’m gonna trip over it.”

Seacrest Made One Of The Greatest Mistake As An Interviewer

Also, another mistake on the show occurred while hosting Jeffrey Tambor on Live with Kelly and Ryan in 2017 when Ryan Seacrest made one of the greatest mistakes an interviewer could make – confusing the person being interviewed with someone else. Ryan said to Tambor, “To me, you’re the scary guy on the subway from Ghost.” But Jeffrey Tambor was not part of the cast of the movie, instead, it was actor Vincent Schiavelli who died in 2005.

Still on the show in February 2018,  amidst sexual harassment allegations by his ex-stylist, Ryan was caught live on camera having trouble putting his shoes back on. Co-host Kelly Ripa asked him, “Sweetie, do you want me to put your shoes back on for you? I’m a mom, I can do that.”

As soon as she made the offer, she actually bent down to help him but Ryan quickly responded with “During the break,” before getting out from behind the desk where he sat and tried getting his shoes back on his feet.

Click for next Article
Previous article: ‘The Little Rascals’: A Close Friend Reveals the Life and Struggles of Spanky (Exclusive)
Next Post: Fans Of ‘The View’ Call Out Show For Playing Favoritism With Its Hosts