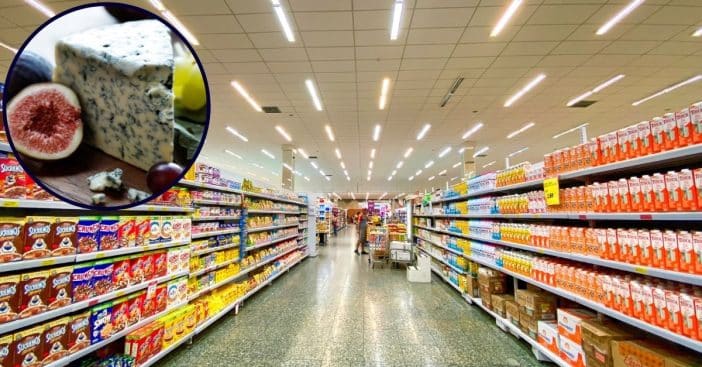 Most grocery stores have an unending stock of cheese; some varieties are sharp and full of flavor while others are soft and crunchy, and some other sets have nothing to offer but their smell. It might be quite astonishing to realize that cheese’s shape, feel, or smell does not determine its nutritional value.

Toby Amidor, MS, RD, CDN, FAND, is an award-winning nutritionist as well as the author of the best seller The Create your Plate Diabetes Meal Prep Cookbook clarifies a misconception, “All foods, including cheese, can be consumed in moderation. I would not recommend swapping out cheese[s] – they are SO flavorful and delicious.”

Although this position by the nutrition expert is very valid; however, certain varieties have an overwhelming amount of saturated fat, which can have a debilitating effect on the health and wellness of the consumer. Notable among these varieties is the blue cheese.

Blue cheese is a blue-green-colored mold cheese that originated in France, and it is produced from the Penicillium Roquerforti bacterium, which explains the blue spots and veins on it. This variety is generally distinguishable for its strong smell and zesty flavor. Although there have been a lot of unsubstantiated reports of the advantages of consuming blue cheese, research has clearly shown that the adverse effect outweighs all of the merits combined together.

A 135 grams cup of unpacked crumbled blue cheese has an overwhelming amount of saturated fat, which is billed at 25 grams in total, thus making it to be rated as the most unhealthy cheese that can be consumed. Saturated fats have been touted as one of the predisposing factors that can lead to heart diseases because they have a tendency to stimulate vicious amounts of LDL cholesterols in the body, which according to Harvard Health, can increase the risk of heart disease, heart attack, or stroke.

Apart from the predisposal to heart-related diseases, it can also lead to weight gain because of its high-calorie density. There are 99 calories per ounce of blue cheese, and it also contains negligible amounts of conjugated linoleic acid (CLA), which has been found to help prevent obesity and reduce inflammation. Its consumption will ultimately lead to overweight and possibly obesity.

According to the 2020-2025 Dietary Guidelines for Americans, it is recommended that a diet should not contain more than 10% of saturated fat per day. Health Professional Toby Amidor states that only one ounce of cheese high in saturated fat fits perfectly into the guidelines. “I have a delicious and healthy recipe for a Buffalo Chicken Salad and I use one ounce of blue cheese in order to make the dressing. A little bit just goes a long way,” Amidor confirms.

However, it is not really a bad idea, but a lot must be taken into consideration as regards consumption so as not to flout the rules and lay the foundations for ill health. Everything works well if done moderately.

Click for next Article
Previous article: The Song By Lynyrd Skynyrd That Ronnie Van Zant Regretted Writing
Next Post: The Character Of Eddie In The TV Series ‘Frasier’ Was Played By How Many Dogs?