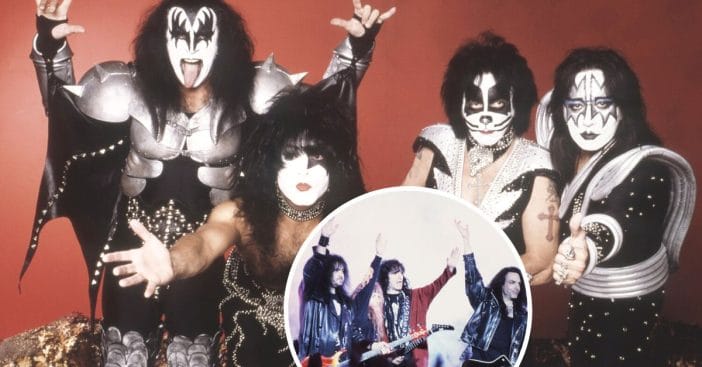 The band KISS‘ manager Doc McGhee opened up about their final show. The show is expected to take place next year and it is currently unknown if any former band members might show up to perform.

However, if they do show up, they will not be in their iconic makeup. KISS started out with four original members Paul Stanley, Gene Simmons, Ace Frehley, and Peter Criss but underwent changes over the years. Paul and Gene have been the only consistent members.

He added that Ace and Peter “were part of it, they aided in starting this band and they should be part of the end of this. They started this, so in some way, they should be able to share that spotlight on the way out,” but “regardless of if it happens or not, you’re not going to get six guys up there in makeup. That’s not going to happen.”

Currently, Tommy Thayer and Eric Singer have joined Paul and Gene as members of the band. Gene is The Demon, Paul is The Starchild, Tommy is The Spaceman and Eric is The Catman. Their makeup goes along with their band nicknames.

Doc has managed KISS for 28 years. He added, “Other than that [Rock and Roll Hall of Fame induction], it’ll probably be the last show that I’ll remember most. As far as the accomplishments, you know, I can only be the ringleader. It’s my job to have all the participants fired up, and ready to make it happen. … I’m like a coach on a football team, you know? I have to devise plays, I have to motivate, and they have to respond to that. You know what? They always have, and that makes me very proud.”

Click for next Article
Previous article: Sharon Stone’s Beauty Is Classic And Her Bikini Photos Over The Years Proves It
Next Post: See Lisa Marie Presley’s Emotional Response To The Release Of The New ‘Elvis’ Movie