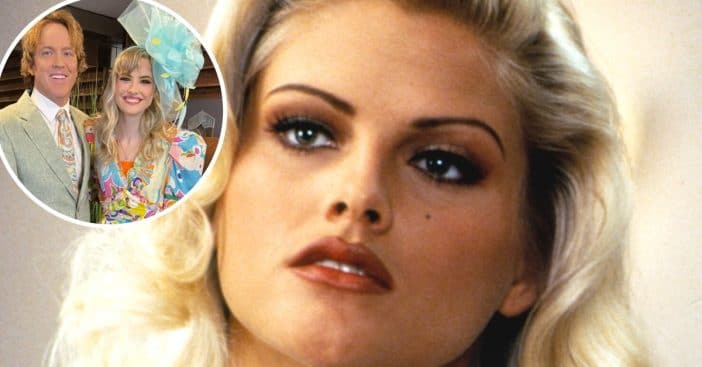 Larry said that now it is a tradition that they both get all dressed up and attend the event every year. He said, “That’s where I met Anna Nicole Smith. And it’s something that I’ve taken my daughter back every year since. She’s old enough to kind of understand what it is.”

Larry continued, “Since I did meet her mom there, it started off just kind of me taking her back and showing her around and kind of letting her know the stories that, you know, this is kind of where I met your mom and things. And then it came to kind of people look for my daughter there because I really don’t let her do any public events. And so, in all honesty, the Kentucky Derby is kind of the growth chart for Dannielynn.”

Larry added that he can’t believe how much she looks like her mom some days. He joked that most of the time she is in sweats and no makeup “like any other teenager.” However, he shared, “But that one day she gets up… And when she gets fixed up, she’s kind of like her mom. She’s a chameleon.

Since Anna’s death, Larry has raised Dannielynn alone in Kentucky and prefers to keep her out of the public eye. He said that she does get offers to start acting but she is not interested… yet. He explained, “If it’s something that does interest her one day and something that she wants to do, that’s fine. But right at this point, right now, you know, she is a 10th grader. She’s making really good grades. She’s in school, and her focus is kind of that — being a normal kid. And that’s kind of OK.”