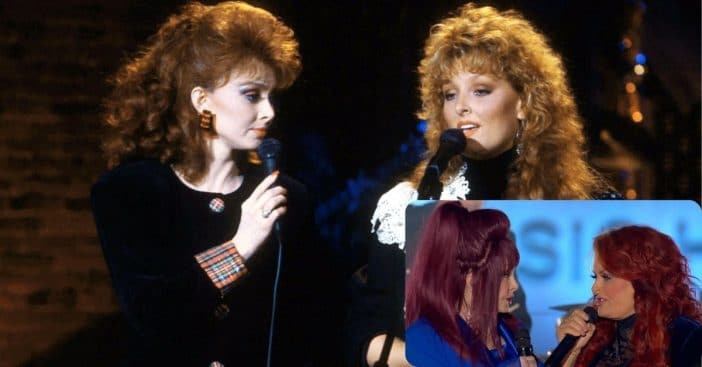 Prior to her untimely death at 76, Naomi Judd and her daughter Wynonna performed their hit “Love Can Build a Bridge” at the 2022 CMT Music Awards. It was their last performance together before Naomi sadly succumbed to her mental illness. Their rendition of the hit proved to be a fan favorite, topping the charts at No. 5 in 1990.

The song was co-written by Naomi with Paul Overstreet and John Barlow Jarvis at the time, proving, even today, to be a timeless classic. While on stage at the CMT Awards, Wynonna took on most of the leading vocals while Naomi offered gentle harmonies in the chorus.

The backstory behind the reason for the song is a heartbreaking yet persevering one. According to Wikipedia, “The song is about the importance of always standing together, and was co-written by Naomi Judd and dedicated to the Judd family and fans as almost a goodbye, as at the time Naomi was chronically ill with Hepatitis-C and was forced to retire as it had been speculated that she had only three years left to live.”

The song has gone on to be covered by a number of talents including Cher, Chrissie Hynde, and Neneh Cherry with Eric Clapton. Jarvis recalls the creative process in writing the song, which apparently took no time at all. “Naomi Judd handed me a set of lyrics she had written which was inspired by a conversation she had with Paul Overstreet,” he remembers. “I immediately heard a melody and wrote it in literally 15 minutes. What took the most time was finding the right feel for the final recording. I believe we recorded it two or three different times before they were happy.”

The song went on to win Song of the Yeat at The Grammys in 1992. It was intended that the most recent performance at the CMT Music Awards was their “comeback performance” of sorts before they embarked on their ensuing comeback tour, “The Final Tour.”

Watch the full performance of “Love Can Build a Bridge” by The Judds below: