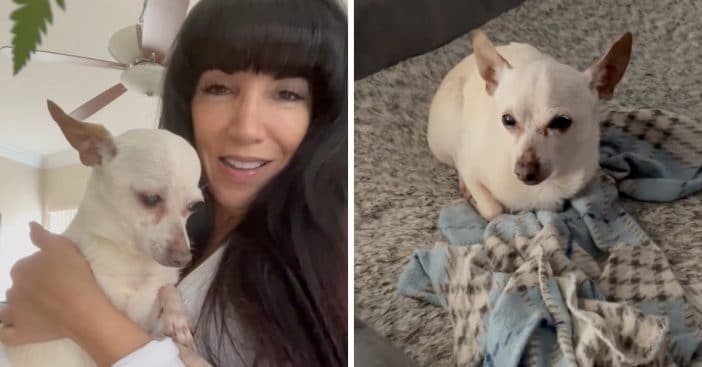 The owner of the dog, named Gisela Shore, adopted TobyKeith from a shelter when he was just a few months old. It was when the dog turned 20 that Shore felt he might just be the world’s oldest living dog.

“TobyKeith is my little bodyguard,” Shore tells Guinness. “(He) follows me everywhere. Lays on me while we watch TV. I adore him.” When this little fact was officially confirmed by the Guinness Book of World Records, TobyKeith got a bath, his nails trimmed, and went for a car ride to celebrate. The typical life span for a chihuahua is anywhere from 12 to 18 years.

Shore personally believes that TobyKeith was able to live such a long life after overcoming a heart condition he had through diet and exercise. His diet mainly consists of vegetables, rice and chicken, and no treats with sugar.

“People can’t believe how good he looks for his age,” Shore adds. She also owns two other dogs and two parrots. Previously, the oldest dog in the world was an Australian-cattle dog named Bluey, which died in Australia at the age of 29 in 1939.

Meet TobyKeith in the video below!

Click for next Article
Previous article: 10 Details From ‘I Dream Of Jeannie’ That Fans Might Have Completely Missed
Next Post: Did You Know Pat Sajak’s Been Married Since 1989? Meet His Wife, Lesly Brown