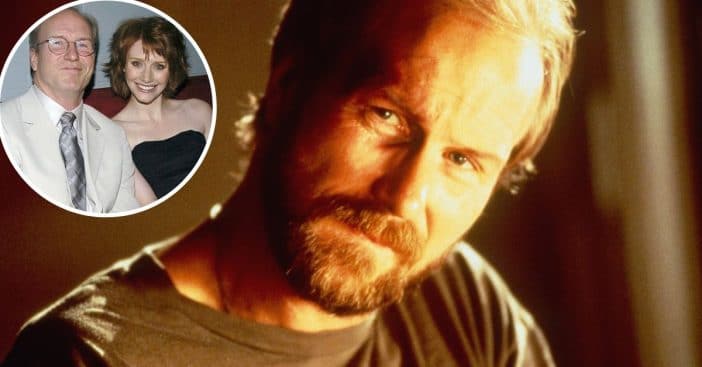 71-year-old William Hurt recently passed away due to natural causes. His son, Will, confirmed the news and many of his former co-stars paid tribute to him, including Bryce Dallas Howard. Bryce and William worked together and played father and daughter in the 2004 film The Village.

The Village was actually Bryce’s first big role and she talked about how William was one of the people who supported her. She shared several photos of herself and William, both on and off the set of the film.

Bryce wrote, ⁣⁣⁣⁣”Rest In Peace, William Hurt. Your undeniable presence on screen broke the mold a thousand times over and I am so grateful to have spent the time that we did together filming The Village — and even after filming was done for you but you stayed with me at Sweetwater Farm anyways to make sure I wasn’t alone.⁣⁣ That’s the kind of person Bill was. Someone who gave everything and went out of his way to support me and others.”

She continued, “I’ll always remember his generosity of spirit and his love of stories and truth — that passion ignited the same love of stories for me. ⁣⁣⁣⁣Sending you and your family all the love as you cross this horizon into the next.”

Bryce also added a quote of his at the beginning of her tribute that read, “‘You have to create a track record of breaking your own mold, or at least other people’s idea of that mold.’ — #WilliamHurt.”

The Village is a thriller directed by M. Night Shyamalan about an old-fashioned community that fears creatures that live in the woods around them. The film had a star-studded cast including Sigourney Weaver, Adrien Brody, Joaquin Phoenix, Jesse Eisenberg, and Judy Greer.