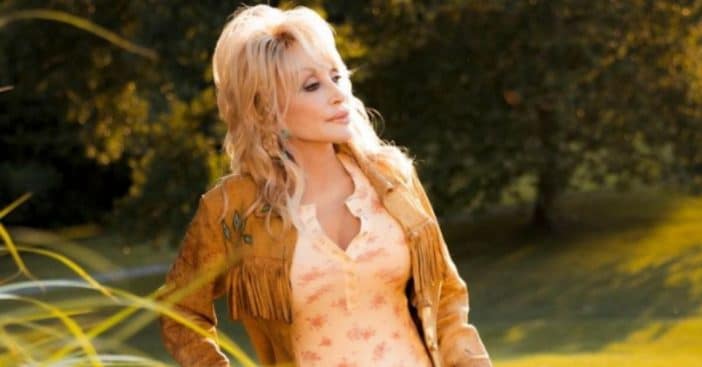 Dolly Parton, who was the host of the 2022 ACM awards show last night, dedicated the entire show to Ukraine. She opened the show with a monologue, discussing everything that’s going on with Russia’s invasion of Ukraine.

“I love to laugh, I love to joke, and we’re going to have a good time tonight, but I do want us before we get started with all our fun to take a serious moment,” Parton said during her monologue. “Now I don’t want to be political and this is not. I’d rather pass a kidney stone than do that, but I want us to send our love and hope to our brothers and sisters in Ukraine.”

“So why don’t we just dedicate this entire show to them and pray for peace around this crazy old world?” She concluded her monologue before introducing a collaborative performance featuring Jimmie Allen and Gabby Barrett.

Since Putin ordered his special military operation on Ukraine, The Office of the United Nations High Commissioner for Human Rights has confirmed 406 civilians have been killed in Ukraine. The invasion began on Feb. 24. Additionally, 801 more civilians were injured as of midnight Sunday, according to the office, while also noting that numbers in real-time may actually be much higher.

Parton is not the only one to dedicate the awards show to Ukraine. Matthew Ramsey from Old Dominion made sure to touch on what’s happening in Ukraine during Old Dominion’s speech in accepting the award for Group of the Year.

“I’m so thankful that Dolly said what she said at the beginning because I was feeling a little bit strange because we’re in this beautiful bubble here where every person whose name is mentioned tonight has fought for their dreams. But there are people fighting for their lives right now, and it felt a little weird. So I’m so thankful she said that. So thank you. We’re so grateful for this award. Couldn’t be more thankful.”

Click for next Article
Previous article: Lead By Example: One Man Is Setting 52 Records In 52 Weeks To Inspire Students
Next Post: Kelly Clarkson Honors Dolly Parton With ‘I Will Always Love You’ Performance At ACM Awards