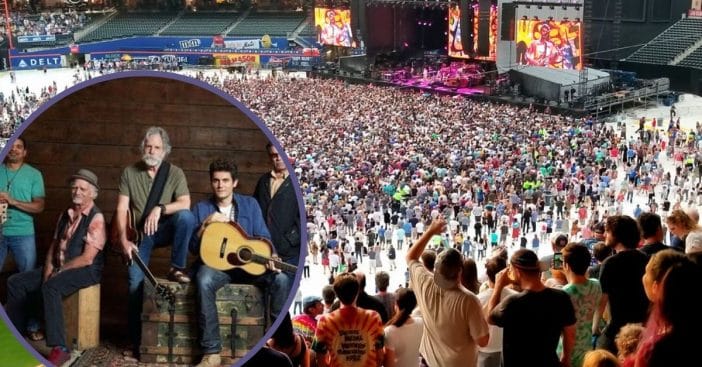 Dead and Co. recently had a scheduled show to play in Mexico, and after canceling last minute, fans are now stranded in the area. Rumors about the show’s cancelation had been circulating on Facebook hours before it was actually canceled. Soon enough, the band would actually cancel the show, citing concerns about the latest omicron variant in a statement released by the band’s organizer, CID Presents.

Michelle Behr is one of the many Dead and Co. fans who made the trip to see the band, as the 50-year-old has terminal cancer, and this was on her bucket list. She, like many, is now figuring out how they’re going to get back home.

“The organizers have created a shitshow. I don’t know the right way to do this during a pandemic, but it wasn’t this,” said Behr. “CID f–ked up. The show should’ve been canceled days ago. I’m not surprised they canceled, just that they did it so late. I’m confused why they’d let thousands of people fly in, then finally make the call.”

RELATED: What To Do If You Are Stranded In Your Car During A Snowstorm

Dead and Co. and CID canceled both rounds of resort concerts the day before the show citing omicron. They had been originally planning on continuing and pushing through, despite John Maybe pulling out due to a positive COVID test, and Grateful Dead drummer pulling out because he couldn’t play due to a heart condition. “It is with very heavy hearts that we must cancel both Dead & Company Playing in the Sand 2022 event weekends, due to additional COVID-19 cases amongst multiple artists and staff,” a rep said in a statement on behalf of Dead & Co. to ticketholders.

“Dead & Company and CID Presents tried everything possible to bring normalcy and to deliver a great experience and amazing music, but with each day it became increasingly clear that canceling is the correct thing to do for the fans and for our crew.”

Before the event was canceled, it already had strict COVID protocols in place. Attendees were required to show proof of vaccination alongside a negative COVID test taken within the last 48 hours. Thankfully, Jonathan Fordin, an executive at CID, tells Rolling Stone that they will be refunding any and all concert-goers and their stay in the area will be comped until they can get back home safely.