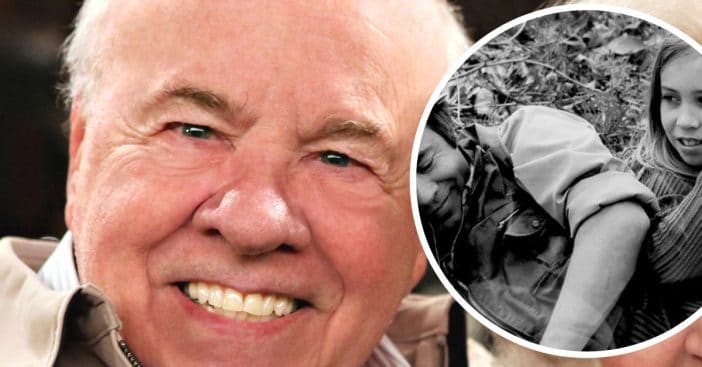 Tim Conway‘s daughter, Kelly Conway is opening up about her life with her famous dad in a new memoir. She is also talking about how tough it was in his later years to deal with her stepmom and caring for him with dementia. The book is called My Dad’s Funnier than Your Dad: Growing Up with Tim Conway in the Funniest House of America and comes out at the end of this year.

Kelly admitted she decided to write the memoir after being asked what it was like to grow up with her dad many times. Sadly, Tim died in 2019 at the age of 85. However, she has some great memories of growing up with a comedian. She said that he was just as funny at home as he was on screen! He is best known for his roles in The Carol Burnett Show and later Spongebob Squarepants.

Kelly said, “The games and circus atmosphere continued right at home! And it was a blast. I remember that whenever we would go to the grocery store, he would try to keep me and my five brothers quiet by turning it into a game. And yes, he would take all of us to the grocery store. He would say, ‘Whoever catches the most groceries that I throw over the aisle with their cart gets 10 dollars.’ Everybody got a cart and just circled the aisles scrambling.” She said she loved being the only girl in the family because it gave her a special bond with her dad.

Kelly also shared more about her father’s friendship with Carol Burnett. She said they were best friends. Kelly said, “She was at our house a lot. Her kids were friends with all of us. We were just a big pack of fun. They were really close. She loved my dad and my dad loved her. Not only did they have a genuine friendship, but she let him do what he did best. He didn’t need to stick to a script. She allowed him to shine and go crazy. I think that’s why they created so much magic on set together.”

When asked about his legacy she shared, “My dad was just a very kind man. Fame didn’t faze him. He would still have conversations with the plumber and electrician. He treated them with the same respect that he gave to a director in Hollywood. Nobody ever had a bad word to say about my dad. He just wanted to make people laugh. And that’s what he loved.”

If you’re interested in reading Kelly’s book, you can pre-order it on Amazon here.