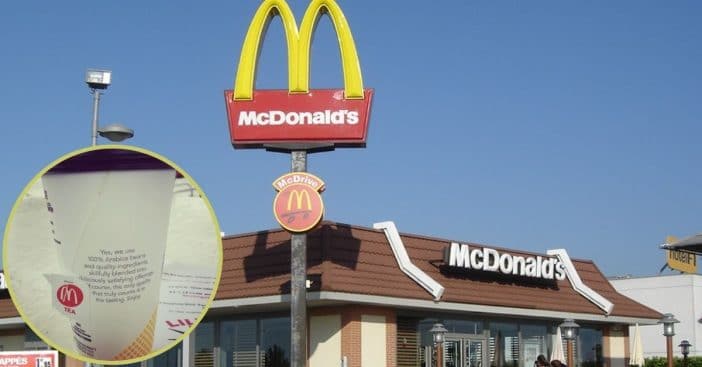 McDonald’s workers have revealed the least ordered menu items, and there’s one in particular that rarely gets ordered. The specific item in mention is hot tea. Stephen Patula, who is an area supervisor from Waterford, Ohio, shared a video on TikTok about the beverage and its performance (or lack thereof) at his family’s franchised restaurants.

“Over the years, a ton of people have asked me what is the least ordered item at my McDonald’s,” he says in the clip. “We bought these stores in July and I have yet to serve one hot tea. I actually didn’t know that we sold hot tea until about a month ago. Ironically though, our most sold item is iced tea.”

This menu item rarely ever gets ordered at McDonald’s

Yes, the hot tea performs poorly, but their iced tea is the most-sold item on the menu. Wow! The TikTok video has since gone viral and has reached more than 5.6 million people, with nearly 600k likes. Many people who work at McDonald’s commented on the video, agreeing that the hot tea is not the most popular item on the menu… to the point that when people do order it, they have no idea how to make it.

“We sold a hot tea the other day. No one knew how to make it,” one commenter writes. “We had to get the [general manager] to help us.” Another adds, “I honestly didn’t even know McDonald’s had tea until I started using Uber Eats… It’s not very well advertised.”

Some commenters did chime in that they have a few regulars that do actually order the hot tea. Some even added that the hot tea sold more than the hot chocolate or Americanos, or even some of the food items. McDonald’s calls its hot tea “a robust black tea flavor with hints of floral and orange notes.”