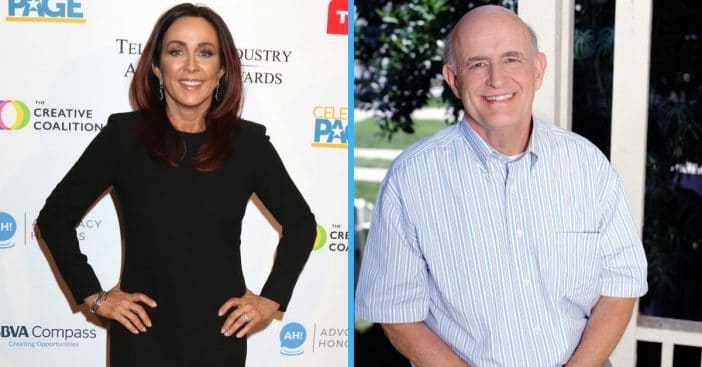 Heaton opened up about her journey and the valuable inspiration Boyle provided when speaking with host Elizabeth Vargas for the Heart of the Matter podcast. Boyle died on December 12, 2006 at the age of 71; the cause was attributed to multiple myeloma and heart disease.

Everybody Loves Raymond ran for nine seasons, from 1996 to 2005. After work on Thursday nights, the cast members would traditionally congregate at an in-studio bar and drink together. Heaton attended these meet-ups and so did Boyle, but Boyle himself never drank. She recalled asking him, “You’re pumped up from the show. You just want to have a drink with everybody. You want to celebrate. You want to kind of have your adrenaline come down. How do you not — how do you keep yourself from drinking?”

RELATED: Patricia Heaton Opens Up About Her 30-Year Marriage And How She Knew It Would Last

She went on to share, “He said, ‘You know, I just think about the first drink. And I think about it leading to the second one, and then to the third one, and I just walk through it in my brain. And by the time I think about that, I know I don’t want to be in that position.’”

Heaton decided to stop consuming alcohol when she realized how much she looked forward to cocktails every night, and when she saw how much substance abuse affected her abilities. One night, she and her dinner guests continued drinking while making dinner, during dinner, and after dinner. But when she tried to make a joke, she could not pronounce her words right; she called the experience “humiliating.” Finally, she declared, “I thought, ‘That’s it. That’s it.'”

Though Heaton knew this was an important decision, but that did not eliminate the daily struggle her choice sparked. The benefits and longing match one another. “I miss it terribly,” she admitted, “but at the end of the day, I feel better. There’s an actual statistic that women who were moderate drinkers in their 30s and 40s often become alcoholics in their 50s and 60s.” And when the struggle intensifies, Heaton has the sage advice from the late Boyle to remember.

Click for next Article
Previous article: Jean Trebek Was Unaware How Beloved ‘Jeopardy!’ Star Was Until His Cancer Battle
Next Post: Betty White Originally Dreamed Of A Very Different Career