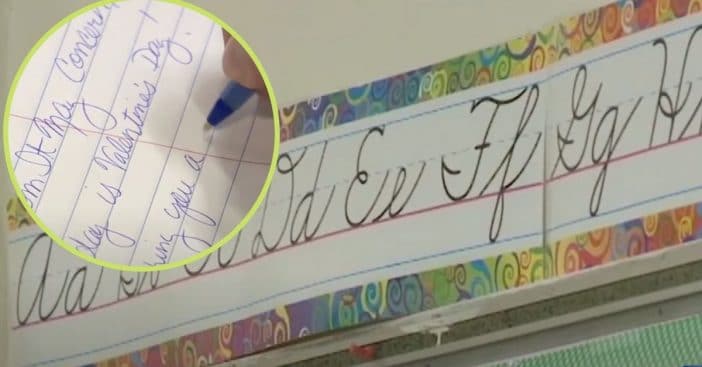 All Wisconsin elementary schools could soon be required to include cursive in their curriculums under a new bill. The bill’s sponsors state that teaching cursive will stimulate parts of the brain and improve the education of students.

“When you’re educating students, the more mental gymnastics you can get them to do, the better training it is for their mind,” says one of the sponsors, former teacher Fond du Lac Republican State Rep. Jeremy Thiesfeldt.

The bill does have some opponents though, including groups representing school boards, superintendents, and administrators. They argue that it would be a costly mandate and that instructional time would be better spent teaching more modern forms of communicating, such as typing and keyboarding.

The Assembly passed the bill on a 59-39 vote, and it will now head to the Senate. It will have to pass the Senate and be signed by Democratic Gov. Tony Evers in order to become part of the state law.

Click for next Article
Previous article: Lori Loughlin Set To Return To Acting After 2-Month Prison Sentence
Next Post: Drew Barrymore Shares Her True Feelings For Her Ex-Husband’s New Wife