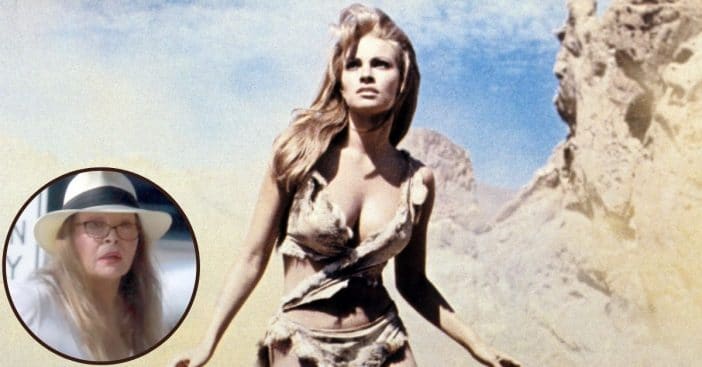 81-year-old Raquel Welch has been spotted in public for the first time in about two years. She was spotted out and about at an auction house in Beverly Hills, CA, wearing black pants and a white top. She also sported some cute sunglasses and a straw hat.

The former 1960s sex symbol skyrocketed to fame in 1966 with One Million Years B.C. where she stunned in a fur bikini to play the role of Loana. “I had been low profile before then,” Raquel recalls in an interview with the Sunday Post back in 2019.

“I had made another movie which was a big step up for me from very small parts. It was ‘Fantastic Voyage’ and should have been released before ‘One Million Years B.C.’ but the special effects delayed it, so I was the dinosaur lady first and the science lady second.”

RELATED: Can You Name All These 10 Raquel Welch Movies?

Regardless of how she got her start, Raquel did say that it was certainly nice to be noticed! “I think it is much better than not being noticed,” she says. “My whole career has been about being noticed, just like any other actor or actress, so I am grateful that people are still interested.”

A rise to fame and noticed for her sexiness

Click here to see more photos of the actress out and about.

Click for next Article
Previous article: WATCH: Actress Kristen Stewart Is A Stunning And Real Princess Diana In ‘Spencer’
Next Post: Bill Maher Has Some Words For Whoopi Goldberg On Black National Anthem — Again