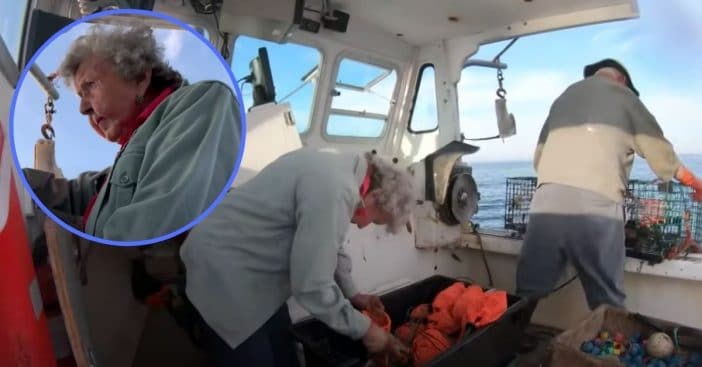 101-year-old Virginia Oliver of Maine has been named the oldest lobster fisher in the state. “I’ve done it all my life, so I might as well keep doing it,” she tells the Associated Press about her many years of lobster fishing. She first began harvesting lobsters at eight years old. Her father was a lobster dealer and she enjoyed accompanying him during his harvesting trips.

At that time, lobsters went for just 28 cents per pound. Now, lobsters can go for 15 times that price! And Virginia has lived through all of those changes as she continues to lobster fish.

Virginia’s work continues to run in the family. She uses her late husband’s boat and works alongside her 78-year-old son, Max. Usually once a week, Virginia will have a lobster dinner with her own harvested lobsters, being able to enjoy this joyous pastime years, even decades, later. “I like doing it, I like being along the water,” she says. “And so I’m going to keep on doing it just as long as I can.”

RELATED: You Can Grab A Three-Pound Lobster Claw From Costco For Your Dinner

Virginia says that she was “destined” for this life. She’s even come into some bloody accidents and continues to do lobster fishing regardless of anything because she loves it that much. Family friend Wayne Gray remembers how Virginia had a scare when a crab snipped her finger and she ended up with stitches. Even then, giving up lobster fishing was not on her mind. “The doctor admonished her, said ‘Why are you out there lobstering?’” Gray said. “She said, ‘Because I want to’.”