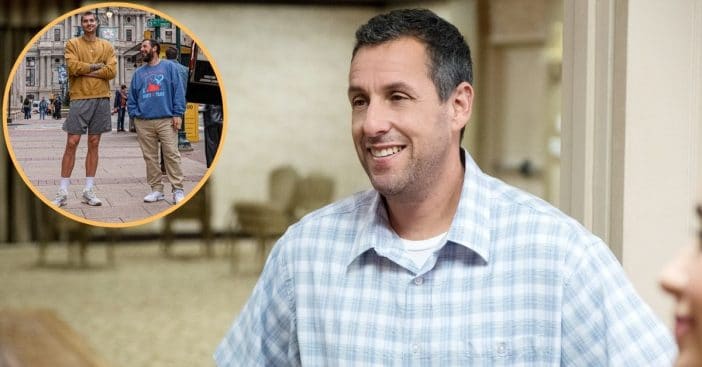 Adam Sandler was apparently asked by Netflix to rewrite his movie so it doesn’t take place in China. Instead, the streaming service wants Sandler to set his movie in Spain instead because they “don’t do business” in China.

In his upcoming movie Hustle, Sandler plays a basketball agent who attempts to revive his failing career by recruiting an overseas talent to the NBA. In the final version of the movie, Sandler recruits a player from Spain who is played by real-life Memphis Grizzlies forward Juancho Hernangómez.

Netflix and China don’t currently have a relationship

It was during an interview on The Dan Patrick Show that Sandler revealed, “It was written originally that I find a player in China and somehow, Netflix is not in China. So they were like, ‘Would you guys please make it so we find someone in Latin America or Europe?’ So the next thing you know, I’m in Majorca.”

RELATED: Adam Sandler Reunites With IHOP Hostess Who Turned Him Away Not Realizing It Was Him

Although Netflix is a growing success in parts of Asia, like Japan, somehow it’s completely unavailable in China, which holds the second-largest economy after the US. It was just last year that Netflix CEO Reed Hastings told CNBC that they were not focused on breaking into the Chinese market anytime soon.

So much more to come

He said in a statement, “We got turned down by the Chinese government several years ago. And we have not been spending any time on China in the last couple years,” he said. He also added, “There’s so much opportunity for us in Asia, the rest of Asia – India, in particular, Korea, Japan, Indonesia, and then all through Europe and Latin America.”

Later in his interview, Sandler added that Hernangómez outacted him in every scene they had together. “He acts better than me in every scene,” Sandler said. “It’s just like, goddammit, this guy is falling, crying in the middle of a scene, doing the right thing. Every joke he says, I’m like, ‘He said it smoother than I would have.'”

The film does not have a release date yet, but is slated to also star Queen Latifah and Robert Duvall.