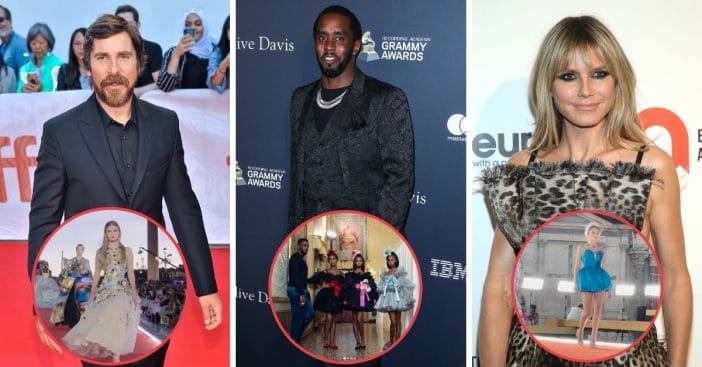 The kids of celebrities like Heidi Klum, Diddy, and Christian Bale recently shined at the Dolce & Gabanna Show in Venice. The celebrity kids stunned in some gorgeous haute couture crafted by Dolce & Gabanna, and it included the kids of other Hollywood stars as well such as Monica Bellucci.

Klum posted a video clip to Instagram of her daughter, 17-year-old Leni Klum, rocking the runway. “Proud mom,” she writes in the caption as her daughter dons a blue dress dripping in diamonds.

These young kids rock the runway at the Dolce & Gabanna show

As for Diddy’s kids, Chance, Jessie James, and D’Lila Star Combs rocked some tulle minidresses as they made their way down the catwalk. Chance’s mother, Sarah Chapman, also took to the runway, sporting some shimmering mesh off-the-shoulder piece with a red ribbon belt.

All these kids look incredible! What a fantastic opportunity for them.

Click for next Article
Previous article: Olivia Newton-John Shares Her Birthday Wish For Her 73rd Birthday Next Month
Next Post: Hugh Jackman Reacts To Grandpa With Dementia Watching One Of His Hit Movies