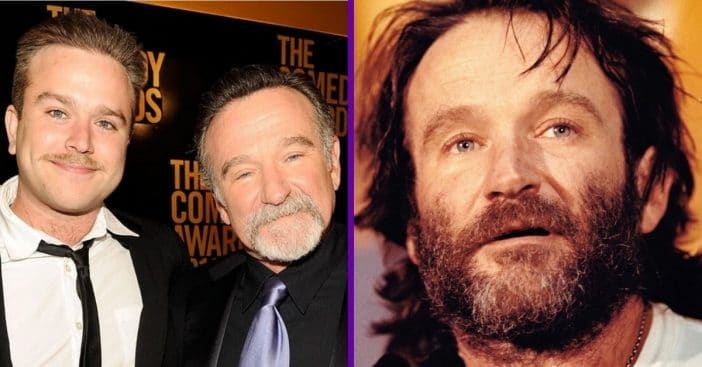 On August 11, 2014, Robin Williams died by suicide following a prolonged struggle with Lewy body disease. Today, his son, Zak Williams, took to social media to honor his late father on the seven-year anniversary of his death.

Only just three hours since the post went live, it has received over a thousand comments and tens of thousands of likes and shares. In the vein of Zak’s tweet, the replies celebrate the fond memories and powerful moments fans of the late comedian got to witness thanks to the artist.

Dad, seven years ago today you passed on. The joy and inspiration you brought to the world carries on in your legacy and in your family, friends, and fans you so loved. You lived to bring laughter and to help others. I will be celebrating your memory today. Love you forever. pic.twitter.com/xw2pkO4shZ

“Dad, seven years ago today you passed on,” begins Zak Williams’ tweet of his father Robin. “The joy and inspiration you brought to the world carries on in your legacy and in your family, friends, and fans you so loved. You lived to bring laughter and to help others. I will be celebrating your memory today. Love you forever.”

RELATED: Robin Williams’ Son Believes His Dad’s Misdiagnosis Could Have Led To His Death

Williams’ passing sparked fervent discussions on mental health and the silent struggle faced by many who spread smiles on the outside but live in torment on the inside. Zak has taken up the cause of mental health over the years, marrying his best friend Olivia June on World Mental Health Day, and issued a powerful tweet about his father for Suicide Prevention Day.

Whether he granted wishes as Genie in Aladdin or issued those boisterous words “Good morning, Vietnam!” Robin Williams impacted fans the world over, and that Zak’s post has received so much traction so fast is a testament to his continued inspiration.

Following the COVID-19 pandemic and subsequent lockdown, mental health challenges plagued everyday citizens in unprecedented ways. So, Zak honors Robin Williams both with heartfelt messages such as this and with actions. He is the CEO and co-founder of PYM, a brand that’s all about supporting people’s mental health by offering instruction on important rituals to be their best selves. Zak himself faced emotional turmoil after his father’s suicide, and so this project is doubly personal to him.

Williams’ condition was reportedly exacerbated by Lewy body disease. But no matter the circumstances, individuals facing mental health struggles are not alone. Should anyone experience suicidal thoughts, the national hotline can be reached at: 800-273-8255.