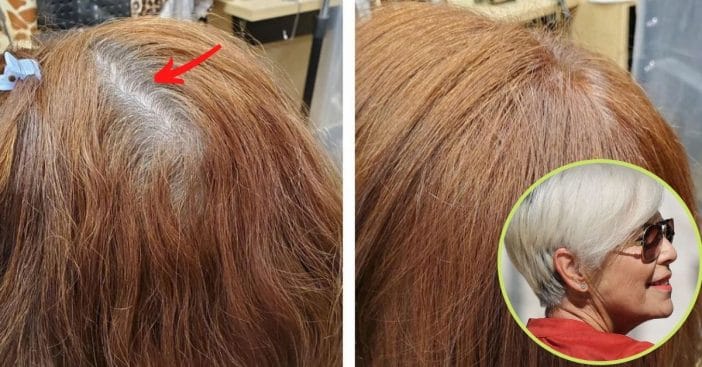 According to a new study, it’s actually possible to reverse your gray hair! While there are tons of celebrities out there who advocate for embracing your gray hair and aging gracefully, sometimes you just aren’t there for it. You can’t and won’t embrace your gray hair, and that’s okay – it’s tough to deal with aging when you aren’t ready to!

But thankfully, there’s a way to actually reverse it… but it does take a bit of work. The study finds that since stress is the main cause of gray hair, by lessening that stress, you can actually cause the color of your hair to reverse. This happens when the root returns to its natural color, reversing from gray or white.

Can you reverse your gray hair?

However, it’s important to note that if you’ve had gray hair for years now, this process is definitely not instantaneous. So, there needs to be a certain age and timeframe window of how old you are and how long you’ve had gray hair. Martin Picard, the study co-author and an associate professor of behavioral medicine in psychiatry and neurology at Columbia University in New York, opens up more about this entire process.

RELATED: Christie Brinkley Is The Latest Celebrity To Let Her Gray Hair Shine

“People were saying, ‘I saw this when I was younger. My gray hair went back to dark after this event had happened and people said I was crazy because it’s not possible. Thank you for confirming that I’m not crazy,’” he tells TODAY.

“It tells me that what we found in our small cohort and what we documented quantitatively for the first time in this study is probably much more prevalent than we think.”

The study itself was published in eLife, and studied 397 hairs from 14 healthy people ranging in age from 9 to 65. None of these people used hair dye, bleach, or other chemical treatments. They were then all asked to identify periods of extreme stress from the past year. However, when the patients reported a reduction in stress, the hair regained its natural pigment.

Ways to keep your cells young

Now, with all this being said, it won’t work for everyone. When you’re at a certain age and going through a high-stress life event, sometimes it’s just inevitable. But, if your hair is just above that threshold, there is the possibility that it could revert back to its original color with the help of lack of stress. This is temporary, though – as time goes on, gray hair is just a natural part of aging.
Some ways to keep your cells “young” include keeping a balanced diet and not overeating, exercising, and doing things that make you feel grateful and loved.
Click for next Article
Previous article: The Story Behind The Bullet Hole In The Play Area At Graceland
Next Post: ‘Golden Girls’ Actor Chick Vennera Dies At 74