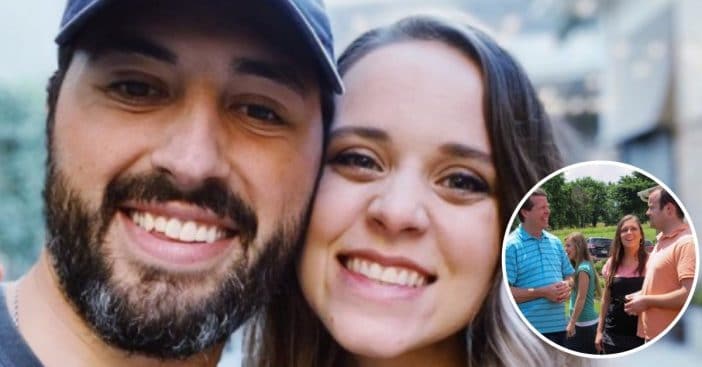 Jinger (Duggar) Vuolo and her husband Jeremy have spoken out about the controversy involving Jinger’s famous family. After allegations against her brother Josh came to light, the family’s show Counting On has been canceled after 11 seasons.

Counting On is the spinoff series to 19 Kids and Counting. It follows the Duggars, a religious family that has 19 children. Many of the children are now all grown up and have kids of their own. Josh is Jim Bob and Michelle Duggar’s oldest, who has been accessed of receiving and possessing child pornography. After his arrest, TLC decided it was time to cancel the show.

Jinger and her husband released a statement that said, “We are grateful for TLC giving us the opportunity to be on their network over the years and their kindness towards the Vuolo family. It’s been a remarkable journey that has opened doors to traveling and experiencing the world in a way that we wouldn’t have imagined possible. We wholeheartedly agree with TLC’s decision not to renew ‘Counting On’ and are excited for the next chapter in our lives. We’d like to thank our fans, friends and the amazing film crew who have shown us love and support. We look forward to continuing our creative journey in Los Angeles and seeing what the future holds.”

These days, the couple lives in Los Angeles with their two daughters. They sparked controversy when they moved there away from the conservative town in Arkansas where Jinger was raised. Jinger’s sister Jill and her husband have also distanced themselves from the family in recent years.

TLC confirmed the show’s cancellation by saying, “TLC will not be producing additional seasons of ‘Counting On.’ TLC feels it is important to give the Duggar family the opportunity to address their situation privately.” The situation refers to the scandals involving Josh. So far, he has pled not guilty to the charges but if convicted, could face up to 20 years in prison and $250,000 in fines on each of the two counts.