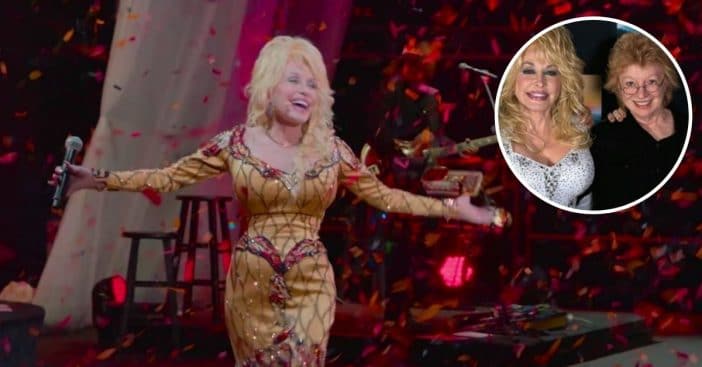 Dolly Parton has had to defend her long marriage again and again. There are always rumors that her husband, Carl Dean, doesn’t exist because he is rarely seen in public. Other rumors say that Dolly has had affairs or they have an open marriage. Some rumors even say that Dolly has had an affair with a woman, including her friend Judy Ogle.

Dolly opened up about the rumors and set the record straight. Dolly and Judy have been friends for over 60 years and they are just friends. They grew up together and always stayed close.

She said, “People say that because you can’t really have a great relationship with a woman. I’m not gay but I have so many gay friends and I accept everybody for who they are. People love to talk. People love to gossip. They’ve said that about Oprah, but it’s not true.” Dolly doesn’t get bothered by the rumors but she is frustrated they keep going for her friend’s sake.

RELATED: Dolly Parton Responds To Rumor That She Rarely Sees Her Husband

She said about Judy, “She dates and she has had several boyfriends.” Dolly added, “The fact that they never see my husband, they make it out that we are in a relationship. It doesn’t upset me but it upsets and embarrasses Judy and her family. I say to her which would you prefer — being called an old maid or a lesbian? She says lesbian every time!”

Click for next Article
Previous article: Ron Howard Shares His Love For His Wife Cheryl On Their 46th Anniversary
Next Post: Why Ann-Margret Refused To Discuss Elvis For “Disgusting” Controversial Book