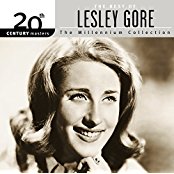 This was written for a singer named Maureen Gray, but when Quincy Jones (who was Lesley Gore’s producer) heard the song, he had the songwriters Madara and White play it for Gore. In the boxed set of her Mercury Records recordings, Gore explained: “I met John Madara and Dave White up at the Catskills (New York) hotel Grossinger’s. I was up there doing a record hop, gratis, for a disc jockey by the name of Gene Kay at WAAB in Allentown. I was sitting at the pool on, I think it was Saturday – the day I was going to perform – and John and Dave came up to me with a guitar, took me into a cabana by the pool, and played me ‘You Don’t Own Me.’ I told them they had to meet me in New York on Monday, to see Quincy and play him the song, and we were in the studio probably a week and a half later. It is much to Quincy’s credit that he could see what was really involved in that song, because his edict, as far as I know, was to keep me in ‘It’s My Party‘ territory – keep it light, keep it frothy, keep it young. You can’t hold back a 17-year-old woman… she has got to find a way to spread her wings – and this was a song that allowed me a little bit more freedom vocally. The beauty of that song is that the verses start in a minor key, and then, when you go into the chorus, it goes into the major, and there’s such a sense of lift and exhilaration. After seeing how powerful that is, it became a method I’ve used on a number of occasions.”

Goldie Hawn, Diane Keaton, and Bette Midler sang this together in the 1996 film The First Wives Club. The song also appeared in the movies Dirty Dancing and Hairspray.