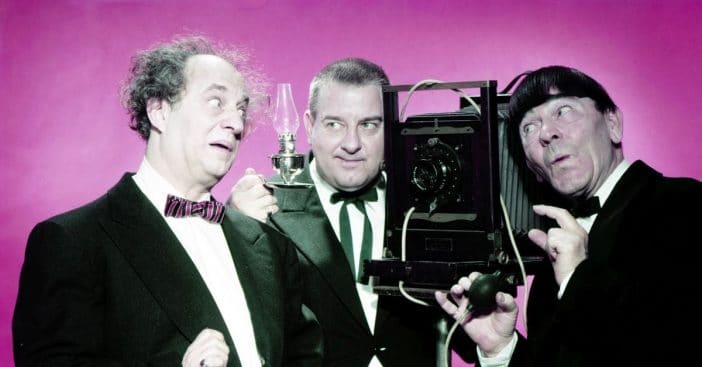 Yes, The Three Stooges were often attacked in public, by children no less. They were famous for their slapstick, physical comedy, so sometimes people wanted to see that in real life. Kids didn’t get that it was just an act!

Over the years, they suffered many injuries on and off the set. They were tough, often getting stitches and heading right back on the set. It seems they were pretty accident prone though, once Shemp (Shemp replaced Curly in 1947) got a broken nose from simply taking a bow during applause!

The Three Stooges were once attacked by a child

He said, “I got a broken nose once.” Moe explained, “Larry was taking a bow on the stage of the theater and his elbow came up and hit Shemp’s nose. Even when it started to bleed we didn’t believe it — we thought it was a gag and the blood was only chocolate.”

RELATED: How ‘The Three Stooges’ Managed To Continue Without Curly — Who’s The Best?

One time they were attacked by a nine-year-old kid! The child recognized them and “cracked them over the head with a heavy cane.” Apparently, they didn’t care and even welcomed attacks in public as part of their schtick.

Click for next Article
Previous article: Melissa Gilbert Had A Tough Time Playing Ma Ingalls In The Musical
Next Post: How Elvis Presley’s Graceland Changes When Lisa Marie Visits