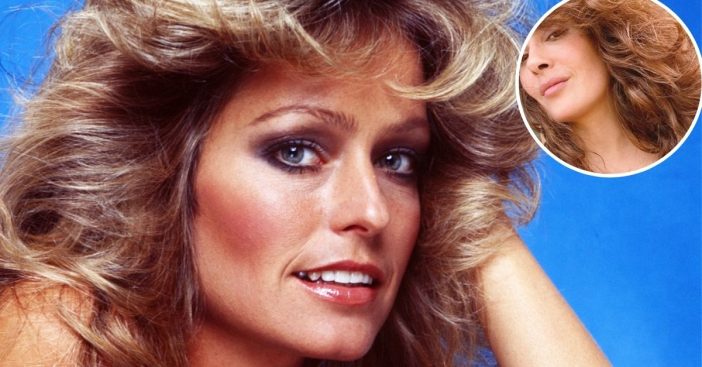 Salma Hayek admitted that she was channeling her inner Farrah Fawcett in a new selfie. In the photo, Salma is without makeup and her hair is flowing and wavy, much like Farrah’s iconic hairstyle!

Salma has been showing off quite a bit on social media recently and she said there is a reason for it! She admitted that it has been “liberating” to post makeup-free selfies and photos in bathing suits.

She revealed, “I had to lose a lot of weight and exercise to get into the bikini towards the end of last year. I’m glad I took a lot of pictures, I have no shame on it, because it was the first week of the vacation. But after that first week and when I heard that everybody was going back into quarantine, I started eating again.”

Salma is not slowing down. She starred in two films that were released last year, appears in the new film Bliss, and has two films in post-production. What do you think of her Farrah Fawcett look?