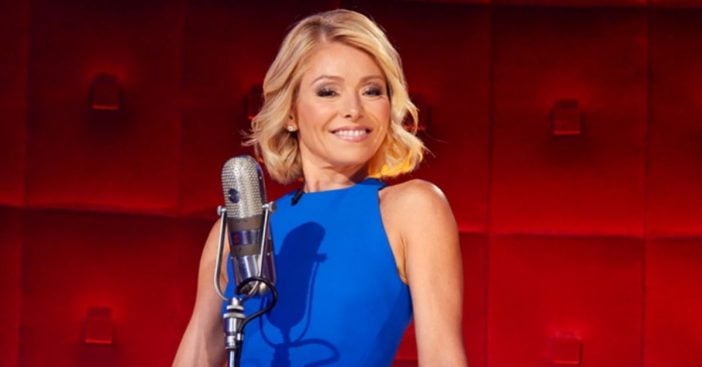 Fans were worried when Kelly Ripa did not appear on Live with Kelly and Ryan for several days. There was not an explanation. However, she reassured fans that she was okay when she posted a video on her Instagram Story celebrating National Puppy Day on Tuesday.

The video appeared to be taken inside Kelly’s New York City home. She shared a video of her two dogs to celebrate the fun day. Then on Wednesday, she shared throwback photos to celebrate her friend and restaurant owner Bruce Bozzi’s birthday.

Kelly Ripa has been missing from ‘Live with Kelly and Ryan’

While the posts didn’t explain her absence from the show, they just reassured fans that she was doing just fine. A source says that Kelly takes off some time at the end of March every year to spend some time with her family.

While Kelly was missing from the show, Maria Menounos filled in on Monday and Tuesday and Ali Wentworth filled in on Wednesday. Fans have been writing on social media, saying they miss Kelly and hope she returns to the show soon! Kelly has been hosting the show since 2001.

We hope to see Kelly return back soon!

Click for next Article
Previous article: J.C. Penney Closing More Stores In May — Is Your Location On The List?
Next Post: This Diet That Marilu Henner Tried Made Her Unable To ‘Go To The Bathroom For 17 Days’