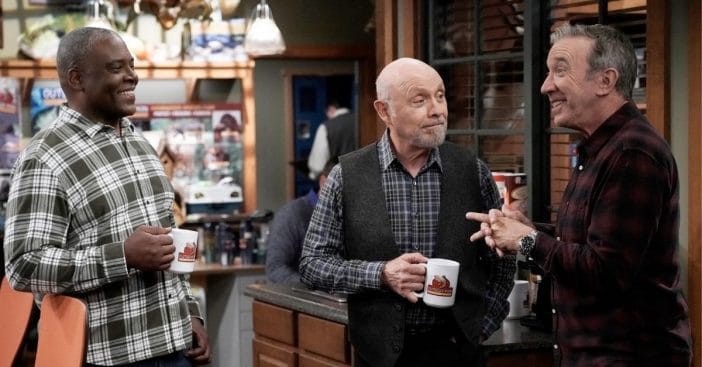 “So it took a little bit of working around things. But ultimately, we brought in laughers. And they’re up in the audience in their own little plastic booths, like the booths from ‘The $64,000 Question.’ They’re sealed off in these things, but they can laugh, and the actor can at least hear them, so they get the rhythms back,” Abbott explains.

Essentially, the show has been utilizing Plexiglass booths, which you’ve definitely seen in places like nail salons or even the local post office to keep a separation barrier between two people.

It wasn’t always this way for the show though. According to TVInsider, they originally had to start off with zero studio audience like everyone else. “It took a couple of episodes to get our feet under us. It’s quite different. Our process is all built towards show night, and when you don’t have that, you have to figure out other ways to generate the energy. But then we got into the groove,” Abbott recalls of working without an audience

He continues, “So we do Zoom, and it takes a little while, but you get used to it. It’s a really veteran group, they’re all great. They pulled together and really stepped up. It’s a shame [though]; I’d like the actors to just have that chance to do the farewell tour with the audience members, especially with some of our loyal fans who’ve come through a lot.”