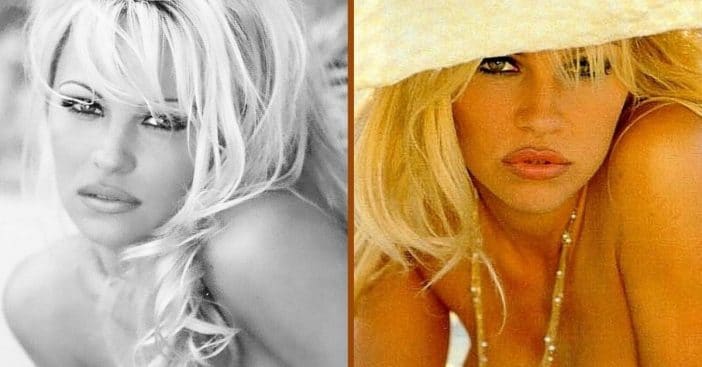 Pamela Anderson, 54, posted a topless throwback photo to lament the warm weather as, during the midst of winter, she’s certainly missing it. In the photo, she’s on a beach while staring directly into the camera. She doesn’t appear to be wearing anything other than a hat and gold necklace.

“Need that California, or French Riviera Sunshine,” she writes in the caption. It attracted some positive reactions as well! Someone writes, “This is a perfect “Summer Hat” campaign photograph!. 📸 coming summer 2021!!❤️”

While it seems like she’s been posting throwback photos for fun, she’s actually been utilizing some of them for political activism. She recently made an attempt to get President Donald Trump’s attention by sharing a photo of herself in a bikini, holding a sign asking for the POTUS to free her friend, Julian Assange.

Anderson revealed she had a close romantic relationship with Assange, who was charged with conspiracy to commit computer intrusion for aiding Chelsea Manning in the cracking of a password to a classified U.S. government computer in 2010. “He’s definitely an interesting person, and there’s definitely a romantic kind of connection ’cause it’s a romantic struggle,” she tells Harvey Levin on “OBJECTified” in 2018.

“We have this closeness … he’s not close to people like he is to me,” she adds. Aside from her political activism on social media, she often shares many throwbacks on the account just for fun and to remind people of her legendary good looks!

Anderson recently has been making headlines after the new TV series Pam & Tommy just released its first few episodes on Hulu. The series covers her and Tommy Lee’s honeymoon sex tape that was stolen and released to the public, starring Lily James as Anderson and Sebastian Stan as Lee. Other stars such as Seth Rogen and Nick Offerman also make appearances.

Click for next Article
Previous article: Parents Relate To Drew Barrymore’s Answer To ‘The Mom Challenge’
Next Post: Who Almost Got ‘The Good, The Bad, And The Ugly’ Role Over Clint Eastwood